Colin Kaepernick Converts To Islam, Joins Black Lives Matter, And Begins Trashing America, The Nation That Made Him Wealthy, Idolized Him, And Got Him Laid


From the Conservative Treehouse:

Black Lives Matter as an activist group is synonymous with promotion of authentic Islam. In the social justice arena, there is no daylight between the various BLM activism groups, and activist Islam.

They are interwoven amid every controversial eruption over the past six years. We have tried to draw attention to it numerous times, but many don’t fully grasp the scope of the relationship between radical Islam and Black Lives Matter.

It’s a symbiosis, a complete synergy in activism and intent.

We are under attack! It's clear as day! Less than 24 hrs later another body in the street! https://t.co/2wlxtVkwmv
— Colin Kaepernick (@Kaepernick7) July 7, 2016


According to NFL players who are friends with Kaepernick, Colin and NessA Diab are going to have a traditional Muslim wedding.

It is not accidental that Nessa Diab -a BLM/Islam activist- and Colin Kaepernick cross paths, and meld ideological interests, especially when you consider the geography, the San Francisco area. Nessa also attended the University of California, Berkeley.

Nessa began her career in San Francisco as the night time on-air personality before she was offered the position at Hot 97 in New York City.

By the way, apropos of nothing, Kaepernick's girlfriend has a beautiful set of tits on her. 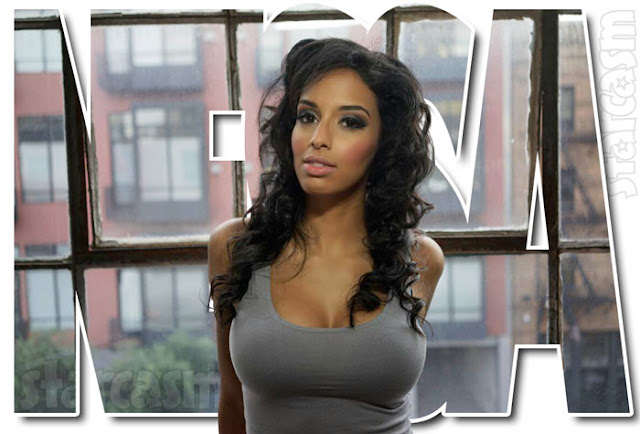 Since the quarterback likes to sit during the National Anthem perhaps he should be benched for the remainder of the season.

What a slap in the face to season ticket holders.

IT EXCUSES NOTHING but those are not his birth parents. He is adopted, his birth father was African American.

And I agree with TLEP. Benched and salary withheld.

BLM is an Islamist project, A must read is the following post.