Huma Abedin and Our Government 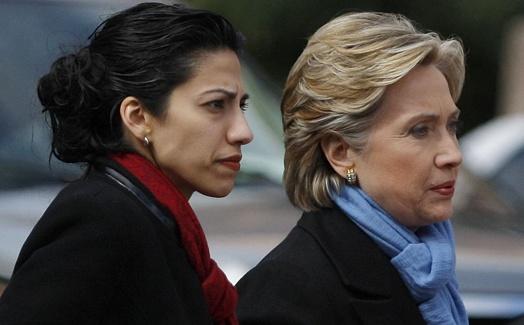 Huma Abedin and Our Government

The agenda of the JMMA? In their own words, it is “to grow an unassimilated, aggressive population of Islamic supremacists who will gradually but dramatically alter the character of the West”.
--------
Videos:

John Bolton: "I think it's important that we try and say at the outset every time the subject comes up, that we are talking about politics and ideology here. This is not a question of religion. And those who say that when you talk about radical islam you are insulting muslims all over the world are simply engaged in propaganda. (applause) It's actually muslims themselves who felt the worst effects of Islamic terrorism and who suffer under its rule in places as diverse as Iran and the caliphate that ISIS now holds. King Abdullah of Jordon, who is not simply the muslim king of a muslim country, unlike our president...." (ba dum bum~tzzzz)

"Conservative firebrand Michele Bachmann has accused disgraced Rep. Anthony Weiner’s wife of being part of a Muslim conspiracy to infiltrate the U.S. government.

"In a letter sent to the Department of State, Bachman claimed Huma Abedin, Secretary of State Hillary Clinton's deputy chief of staff and wife of Anthony Weiner, “has three family members — her late father, her mother and her brother — connected to Muslim Brotherhood operatives and/or organizations.”

"Bachmann, who has been known to make inflammatory, inaccurate statements, expanded on the charges in a separate letter last week to fellow Minnesota Rep. Keith Ellison, the first Muslim member of Congress, questioning why Abedin was able to get security clearance and not rejected under “foreign influence grounds.”

Bachman was roundly denounced in both the media and Congress for these truthful revelations. Sen McCain and Cong Ellison were particularly nasty in their denunciations. Obama was reelected, Bachman no longer holds elective office.

And we are winning?