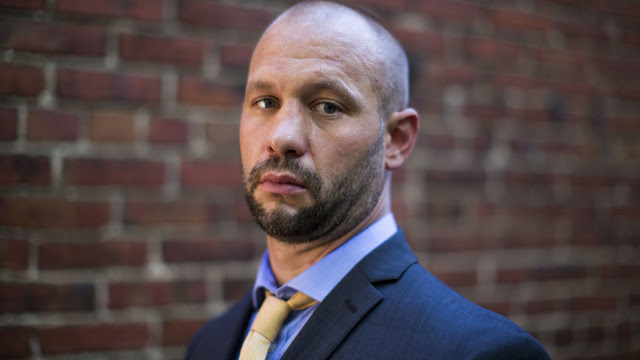 
Seamus Hughes, deputy director of the Program on Extremism at George Washington University’s Center for Cyber & Homeland Security, says: “I trust him. We did our due diligence.” How did they do that? It may be that Jesse Morton is as reformed and repentant as the day is long, but when George Washington University’s Center for Cyber & Homeland Security has a “Program on Extremism” and not a “Program on Jihad,” how diligent could they be in vetting Morton for adherence to an ideology they don’t even admit exists?
What’s more, Morton was convicted of soliciting the jihad murder of “blasphemers.” Would George Washington University hire anyone of any other belief system if he had been convicted of soliciting the murder of those who offended against his belief system? This hire indicates how compromised the universities are: they are so anti-American and so far Left that jihadis are fashionable. Muslims are never a threat, even when they’re plotting violence and murder; they’re protected, privileged victims.
A reminder: “Leader of Revolution Muslim Pleads Guilty to Using Internet to Solicit Murder and Encourage Violent Extremism,” U.S. Attorney’s Office, February 9, 2012.
BACK IN 2010, IBA NOTED THAT IT SEEMED AS IF REVOLUTION MUSLIM KNEW ABOUT THE TIMES SQUARE BOMBING BEFORE IT HAPPENED.
I HAVE TO WONDER IF THE "TERROR EXPERT" WAS INVOLVED IN THE PLANNING AND COMMISSION OF AN ACT OF MAJOR JIHAD AGAINST THE UNITED STATES.

Listen to the video below:

"These are hardline terrorists. By the time they come out of the (American) Mosque, they become, all of the sudden, PEACEFUL MUSLIMS. So they can SWITCH BACK AND FORTH."
Posted by Pastorius at 2:58:00 pm

But now, he gets paid for it!

The enemy is anyone or any organization that preaches Islamic Fundamentalism. Not just jihad.