Newly Released Clinton Emails Show Huma Abedin Forcing Bahraini Prince To Go Through Clinton Foundation To Arrange a Meeting, Or There Would Be No Meeting 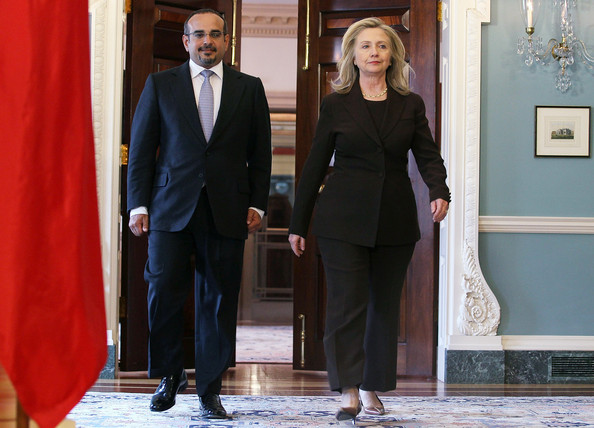 This is a smoking gun. Hillary was using the Clinton Foundation as a Pay-to-Play money-laundering scheme.


In more than a dozen email exchanges, Abedin provided expedited, direct access to Clinton for donors who had contributed from $25,000 to $10 million to the Clinton Foundation.

In many instances, Clinton Foundation top executive Doug Band, who worked with the Foundation throughout Hillary Clinton’s tenure at State, coordinated closely with Abedin.

In Abedin’s June deposition to Judicial Watch, she conceded that part of her job at the State Department was taking care of “Clinton family matters.”

Included among the Abedin-Band emails is an exchange revealing that when Crown Prince Salman of Bahrain requested a meeting with Secretary of State Clinton, he was forced to go through the Clinton Foundation for an appointment.

Abedin advised Band that when she went through “normal channels” at State, Clinton declined to meet.

After Band intervened, however, the meeting was set up within forty-eight hours.

According to the Clinton Foundation website, in 2005, Salman committed to establishing the Crown Prince’s International Scholarship Program (CPISP) for the Clinton Global Initiative.

She should already be in jail.

Emails: Huma Abedin Left Clasified Material Unsecured.... planned to burn the material because it was so sensitive (dailycaller.com)