The Church and Islam: The Next Cover-up Scandal 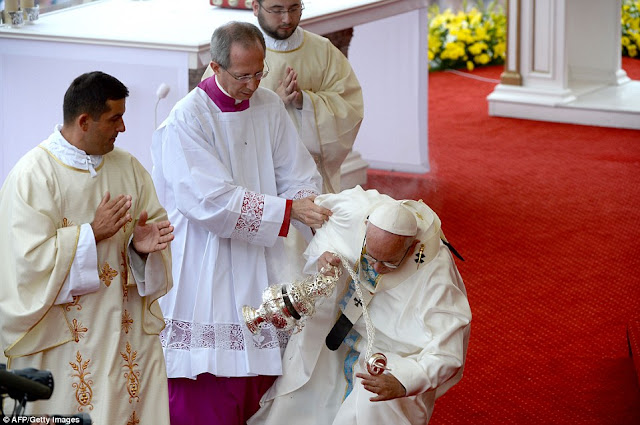 From William Kilpatrick at Crisis Magazine:


For example, Pope Francis recently justified his view of Islam as a pacific faith by citing Dr. Ahmed al-Tayeb, the Grand Imam of Al-Azhar:

“I had a long conversation with the imam, the Grand Imam of Al-Azhar University, and I know how they think. They [Muslims] seek peace, encounter.”

For those who know what the Grand Imam says to Arabic-speaking audiences about killing apostates and the perfidy of the Jews, this is somewhat reminiscent of Neville Chamberlain’s words after the Munich agreement…

A few high-profile Catholics already have left the Church because of the Church’s lack of resistance to Islam. Magdi Allam, the Italian journalist who converted from Islam and was baptized by Pope Benedict, has left the Church.

And Ann Corcoran, the director of Refugee Resettlement Watch, has left in dismay over the USCCB’s permissive stance on Muslim resettlement in the U.S. Whether or not such a decision is justified from the perspective of faith, it remains a danger nonetheless.

The statement by Pope Francis is reminiscent of that bone-headed statement by George W. when he told us he looked into Putin's eyes and saw a friendly soul.

Gawd! Who needs comedy when we have the Holy See and George W with their gift of discernment fully operational? wink

Francis' lack of intellectual curiosity is astounding for a man who has somehow been elected Pope. He appears to be no more intelligent than the average bloke down at the pub. He just shoots off his mouth once in awhile and believes he has said something profound.