German School Girls Given Temporary “No!” Tattoos to Protect Them from Rapie Refugees 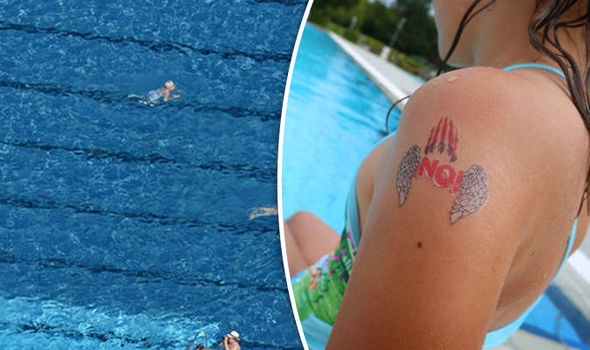 
Veronika Wascher-Goggerle, the Women's and Family representative of the district, is behind the launch and said the press-on tattoos would also help raise awareness over the growing issue of sex attacks in swimming pools.

The Bodenseekreis is famous for its bathing and boasts numerous indoor and outdoor swimming pools.

Alleged sex attacks by migrants have caused heated debate in the area over the last few months and some pools are hiring extra security - or even banning asylum seekers altogether.

However, Wascher-Goggerle does not want to associate her campaign with any problems with migrants, stating that there have always been sexual abuse problems at swimming pools, even before the start of the refugee crisis.

She said: "I think many girls are insecure. What is normal in daily interactions and what should not be allowed and needs to be reported?

“Illustrations have been made available at swimming pools and should make this clear.

"The temporary tattoos are an incentive for young swimmers to think about the issue."

And certainly not to DO anything about the issue.
Posted by Pastorius at 2:18:00 am