Infidel Babe of the Week Archives 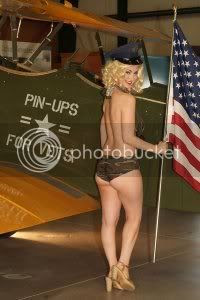 See more pics of Gina. Click here or on her picture for Pin-ups For Vets. 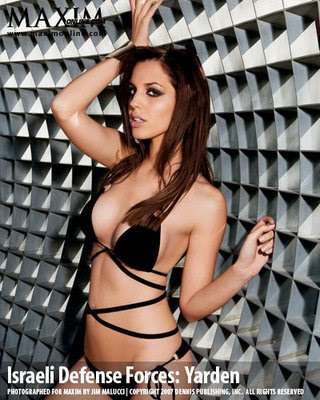 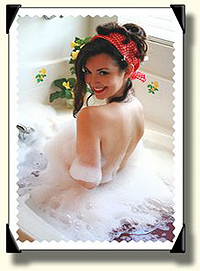 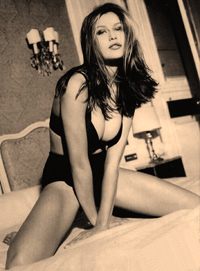 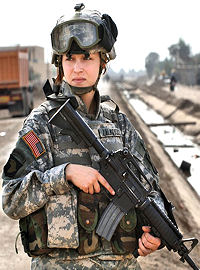 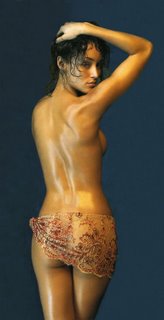 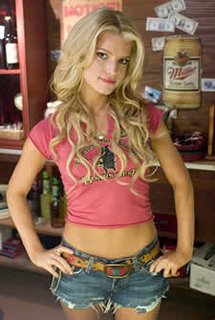 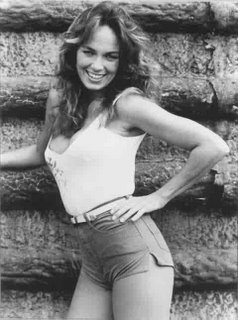 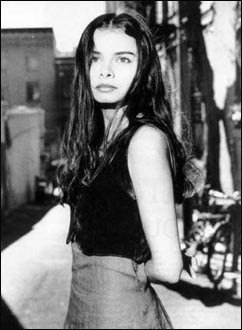 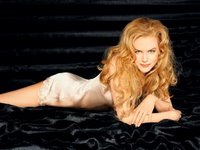 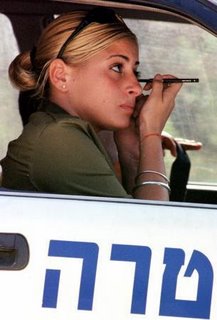 I suppose a comment would be in order, so "order up."

It looked better with the bullet in front of the link, i thought. and with the text of the link under the header.

but what do i know, heh?

Don't mind J. He doesn't know anything about all the help you've given me.

He's like an accountant coming back from vacation and getting mad because the ashtrays are in the wrong place.

For God's sake, without you, we wouldn't have gotten much done around here.

LOL, okay. Thanks, Pastorius. I guess I was a little miffed. Not much, but a tad.

I really did like the bullet in front of the link, tho. Every link on the sidebar has it, except for the babes link. And the link is offset now. Looks goofy!

have a great day, my friend.

Clean your guns, too. Shits gonna start start hitting the fan, best to be prepared. Never know what the "moderate muslims" who inhabit our country will do, if "madindahead" lets loose on Israel.

Wow, I want to be an infidel.

Oh wait, I am already.

Well, I thought the military babes were great and didn't need to be accompanied by the cheesey celebrity photos (Pam Anderson?? c'mon -- were infidels, not "infantiles")

Clayton,
I understand what you're saying, but think about the reality of Pam Anderson. Man, she just is an Infidel. If we didn't have the civilization we have, there could be no Pam Anderson's.

So where am I supposed to send my Infidel Babe contribution to ?? I got a "snap" that I stole from Kim du Toit's site that just NEEDS to seen !! I thank its time that the REDNECKS were repesented in the Infidel Babes Department.. Ya'll tend to lean toward the Babes that need somebody to cook some good meals for and look more like they came from some 3rd World Country.. I want a good ol Redneck Infidel Babe that has had her share of "beans-n-greens" and you dont have to squint to see the nipplage !!

You are insulting the believers with those photos...especially the hot girls in the uniform of the evil Zionist entity. Shame on you.

(Come to our conference and I'll by you a drink....good work!)

If you're serious about wanting to join, email me at cuanasblog@yahoo.com.

Concerning the conference, if you mean the one in Vegas, you'll be buying. I'm there.

Would be an interesting blog, but your age is showing, too many undressed teeny bopper photos. Can't men think without salivating?

I've been salivatin over the Present Miss Infidel Babe for almost 35 gotdam years !! Teeny Bopper my ass !! Just take another Zanax.. You'll get over it.. And if they run short of Babe pics here, I've always got "backup" that can be used if needed.. And I put out the word for some hunk pics too, just to keep the women folk happy .. And if ya'll need some swimsuit babes pics, I got plenty of them too.. God Bless Amurica ..

Anybody know of any websites just for pics of hot Israeli female soldiers? Man, I'd surrender without firing a shot...

Here is a couple of sites:

HMMMM, i thought a hot babe, or beautiful babe, was just that. Regardless of age!

I can see that the comments need to be looked at, here, more often.

That second infidel from the top has a nice little behind too.

This week's babe is one pretty girl and much more likely to confound the sharia types--maybe she isn't an infidel, hmm?--than the more sultry-sassy voluptuaries. Certainly they are curvaceous enough, but really not very mysterious. All things considered 'though, I'd like to have that girl with the goggles at my side. I like her fashions and her accessories.

Kafir ladies are the finest! w00T!

What happened to that raven-haired beauty from 1-2 months ago? Not the made-up Hollyood version of sexy, she was the real thing. Miss her and wonder if she has a blog and brains to match.

No- she looked quite young and sort of 'reclined' over some pillows or something. Dare I say she looked possibly Turkish? Just curious why one of these babes would be de-posted.

I'm guessing we just never put her in the archives. Not all the girls made it to the archives, because it was just too much work.

Heck, my favorites ever were Monica Belluci, Aria Giovanni, and Tara Patrick, and none of them are in the archives.

Dear all, no pretty women there...Only a promising web site on the Muslim Brotherhood: http://themuslimbrothersdisclosed.blogspot.com/
You should have a look at it betwwen to babes pics
Best regards,

Would you Macho Rascals lighten up,
take a cold shower, and read a serious Post,
just for drill?

Check Out "Back From The Sand-Box".
This young trooper just returned from Iraq...He seems to know what he's talking about. reb

Your comments on the babes are amusing...The IDF babes truly are hot, more so because they are just everyday women with guns!

Have you noticed? Only white women!

2 years and 12 photos of "infidel babes", and only white women, all the way. I know some people that would say that this looks kind of racist. Isn't it said that the most widespread and effective racial discrimination is the deep structural one? How their preferences always make these people choose people like themselves when they employ someone, choose a friend or a date, etc. This makes IBA look like an echo chamber of white people, the kind who lives in bubbles of all-white communities. Of course I'm not saying that it is so, but it surely gives that impression.

I'm sure the people at IBA will innocently say: "But we prefer white women". But you see, that's a racist argument.

A Freudian would surely say that the way the people at IBA are so quick at accusing other people of racism is a projection of their own guilt feelings. Now I do not care much for Freudians, but surely IBA would want to do something about this, to appear more serious and less hypocritical in the future. Let's say a black "babe" next time, and thereafter an Asian "babe". And from there on staying within reasonable quotas.

I think the problem for IBA is that if they do not repudiate this their obvious preference for whites, they will look just like Dewinter. He expressed a preference for whites back in 1991, and it's still haunting him. And unless IBA does something decisive about this, I think it will haunt them forever too. Actions speak louder than words. IBA will need to show actively in their "babe" page that they celebrate diversity.