SERIOUS QUESTION: What Possible Reason Could Obama Have for Refusing to Ban Travel From Ebola-Ravaged Countries? 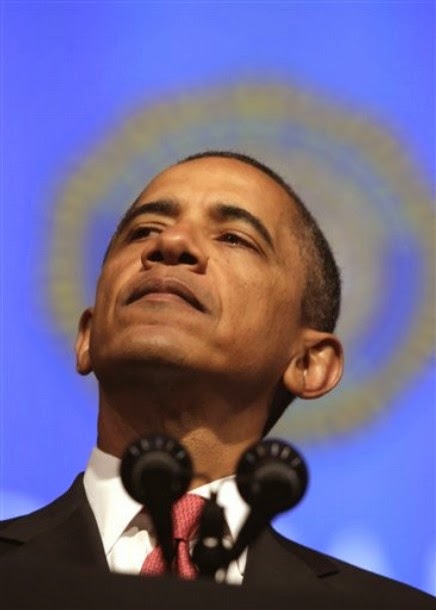 
The most politically correct, "progressive" countries on Earth have banned travel from Liberia and other Ebola-plagued countries for the simple reasons of sanity and safety. It's a called a quarantine, a state of isolation used by humankind to secure safety from communicable diseases since the beginning of recorded history.

But history, logic, facts and reason find no home in this administration.

State Departmet spokesman Jen Psaki insists that "screenings in West African airports and observation of passengers in the United States, will be sufficient to prevent the 'wide spread' of the virus." But if, as the White House insists, that Ebola isn't a national security threat, why has it ordered 4,000 U.S. troops to deploy to West Africa?

In fact, the State Department has insisted not only that we allow travel from countries ravaged by the deadly disease, but that we also fly medical personnel to the U.S. from Africa, including many who have treated Ebola patients. Apparently using GoToMeeting is too practical for this administration to consider as an alternative to travel.

Is it just me or does it seem that though Obama wants disease to decimate the American citizenry?

This is a man who wants to change the character of the United States by remaking the voter base, primarily through deeply unpopular actions on illegal immigration.

This is a man who sides with illegal aliens -- on a consistent basis -- over taxpayers, recently stating that "no force on earth can stop us" (with the word "us" referring to an audience of illegal aliens).

This is a man who has repeatedly threatened to use "a pen and a phone" to unlawfully rewrite federal immigration statutes to legalize millions of illegal aliens.

This is a man who has repeatedly stated -- and acted upon -- his intent to "fundamentally transform America."

One can only hope that, as the San Antonio Express-News reported earlier this week, that this insane remaking of America has dire consequences for the Democrat Party in 2014.

What possible reason?
Street cred w/homies, given he hasn't improved their lives beyond free phones and no more workfare

The Liberians I've seen interviewed all seem to speak with Christian values. Duncan's girlfriend is a practicing Baptist and just reconciled w/Duncan after ten years and were supposedly engaged.link

Pandering to a shrinking base?

I wouldn't think Obama is pandering to Liberians so much as just everyone who is an anti-Colonialist Zinnite like him.