Of Syrian Refugees Admitted By Obama Regime To U.S., Only 1.6 % Are Christians, Despite 10% Of Syrian Population Being Christians 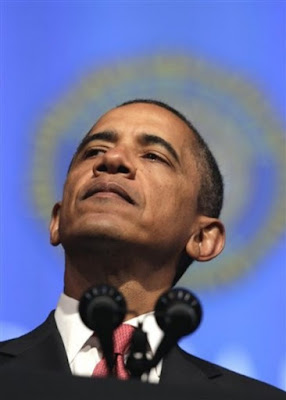 
Only five Syrian Christians have been admitted to the United States since October, accounting for fewer than two percent of all refugees accepted.

The Worldwide Refugee Admissions Processing Systems (WRAPS), which tracks refugee resettlement, reports that three Syrian Catholics, one Christian, and one Orthodox believer have arrived in the United States since the 2016 fiscal year began in October.

This accounts for just 1.6 percent of all refugees accepted, far below the 10 percent of the population Syrian Christians comprise.

President Barack Obama plans to admit 10,000 of the 4.3 million Syrian refugees who have fled the country, mostly to Europe, since the civil war began in 2011.

Following the Islamic State attacks in Paris that left 129 dead, Obama painted opponents who have called for restraint in admitting and settling the refugees in the United States as extremists.

He directed harsh criticism at those, including Republican presidential hopeful Sen. Ted Cruz (R., Texas), who would prioritize Syrian Christians in asylum process as “shameful.”

“When I hear folks say that, well maybe we should just admit the Christians but not the Muslims, when I hear political leaders suggesting that there would be a religious test for which a person who’s fleeing from a war torn country is admitted, when some of the those folks themselves come from families who benefited from protection when they were fleeing political persecution, that’s shameful,” Obama said on Monday.

WRAPS collects data from the Department of State, Bureau of Population, Refugees, and Migration, as well as the Refugee Processing Center to give it the most comprehensive database of migration into the United States.

bizzyblog: Islamist Organization (OIC) involved in screening of US bound refugees
Who picks the Syrian refugees that resettle in the U.S.? Homeland Security? No, the United Nations, in concert with a global Islamist group. And they’re sending “more than 15,000,” not the widely reported 10,000.

In fact, Washington has no role in selecting the thousands of Syrian refugees coming to your hometown. The U.N. High Commissioner for Refugees is really behind the effort, and he’s referred an additional 5,000-plus Syrian nationals here.

… “As of mid-2015, UNHCR has referred more than 15,000 Syrian refugees to the United States,” the 71-page (State Department) report adds. “And these individuals are being screened to determine whether they are eligible.”

… Of course, that security screening is a joke, as the FBI director and his top counterterrorism aide, as well as the Homeland Security and National Intelligence chiefs, have all testified.