Costly Dental Work Anticipated For The "Refugees" Pouring Into Germany 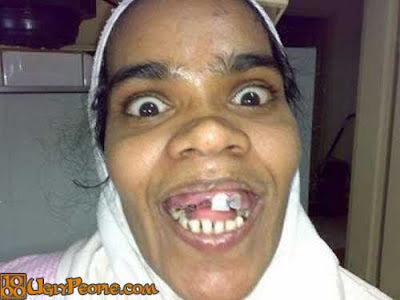 Health costs related to the influx of refugees coming into Germany, from Fixing the Teeth of Refugees for Free Will Cost German Taxpayers €Billions:


Describing the teeth of migrants who are coming to German dentists for work as “catastrophic” and often requiring total replacement, Baden-Württemberg dentists’ association chief Knuth Wolf said: “For the majority of refugees there is a need for a comprehensive dental treatment, or even dentures. There are corresponding costs with this”.

There are presently no official government estimates for the cost of healthcare to migrants by the German state. Operating the oldest national healthcare system in the world and pre-dating Britain’s National Health Service (NHS) by 50 years, the vast majority of Germans pay into private health insurance schemes and visit independent hospitals. Lacking this insurance, asylum seekers to Germany are only entitled to emergency treatment, yet the costs of dental care is mounting.

In cities like Hamburg, the city government has ordered the private insurance schemes to accept migrants onto their books, passing on the cost to local tax payers instead. And once asylum applications are accepted migrants receive the same insurance as other Germans alongside unemployment benefits automatically, if they are unable to find work....

Is Angela Merkel deliberately trying to bankrupt Germany?
Posted by Always On Watch at 1:08:00 pm