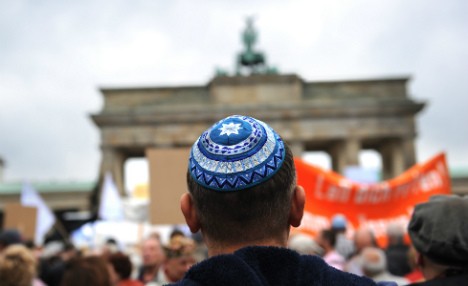 Jewish groups pushed back against government insistence that anti-Semitism is not growing in Germany at a gathering on Tuesday, saying that newly-arrived Muslim migrants and the traditional far-right both posed a threat to their safety.
Interior Minister Thomas de Maizière told the Jewish community in Frankfurt that he was more worried about home-grown Muslim extremists than any arriving among refugees.
He was countered by Salomon Korn, president of the Frankfurt Jewish community, who said that most of the new arrivals came from countries which did not enjoy an “englightened” version of Islam – unlike Turkey, where most Muslims previously living in Germany had their roots.
Korn warned that many of the refugees had grown up in environments rife with anti-Semitism and a belief in Muslims’ mission to spread their religion.