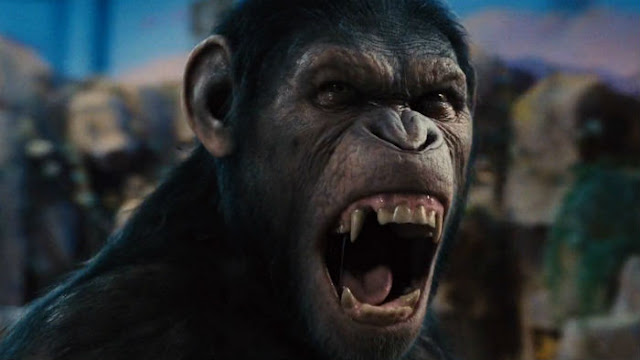 Europe in crisis over migrants: Now Dutch right-wingers give women pepper spray laced with red paint to protect themselves from 'Islamic...

Geert Wilders, leader of the extremist Freedom Party delivered the spray to the blue-collar town of Spijkenisse
-------

Morocco is to host a first conference in Islamic history championing the rights of religious minorities living within Muslim-majority territories.

The World Conference on Religious Minorities is scheduled to take place in the Moroccan capital, Rabat, from January 25 to 27, according to the Morocco World News website.

The event is expected to attract around 300 Muslim personalities from Pakistan, Iran, Iraq, Nigeria, Saudi Arabia, Turkey, Egypt, and the host country itself; religious authorities from Christian, Jewish, Hindu, Sikh, and other non-Muslim religious communities will also be present.

Iranian Shia cleric and scholar Ayatollah Seyyed Mostafa Mohaghegh Damad will be participating at the conference.

The conference aims to release its first declaration, laying emphasis on the rights of non-Muslims inside Muslim lands since the Constitution of Medina.

Also known as the Charter of Medina, the document was drafted by the Prophet of Islam (PBUH) in 622 CE and is hailed as the world’s first written constitution as well as the first Muslim constitution.

The charter stipulates that non-Muslim members of the community should be entitled to the same political and cultural rights as those of Muslims.

“The Prophet was religiously persecuted, so he knew first-hand what it was to experience religious persecution,” Sheikh Hamza Yousuf, the co-founder of Zaytuna College, the first Muslim liberal arts college in the United States, who is to attend the conference, was quoted by The Washington Post as saying.

The conference wants to counter “the idea that Muslims and non-Muslims can’t live together,” he added. “This is not who we are or who we want to be.”

The Moroccan Ministry of Endowments and Islamic Affairs will host the conference together with the UAE-based think tank Forum for the Promotion of Peace in Muslim societies.
-------
UKIndependent: Italy creating 'Italian Islam' by making new religion in line with 'Christian tradition'
The interior minister announced the creation of an official 'Council of Relations with Italian Islam'
-------
Islam and Islamism in America in 2015: Part I
January-March 2015

Representative André Carson (D-Indiana), a convert to Islam, was appointed to the House Permanent Select Committee on Intelligence. Carson has extensive ties to the Muslim Brotherhood.

Officials at the Rocky Heights Middle School in Littleton, Colorado, ignited controversy when they told female students to dress according to Sharia law while visiting a mosque during a field trip.

Islamic politics "advocates the world's greatest double standard: if you come to our country, we won't let you worship the way you want, we won't let you say what you want to say... However, we have come to your country, therefore we have the right to do whatever we want to do, including kill you if you make us mad." — Former US President Bill Clinton.

Fouad ElBayly, an Egyptian-born imam who in 2007 said that Somali-born activist Ayaan Hirsi Ali should receive the death penalty for her criticism of Islam, is now a Department of Justice contractor hired to teach classes to Muslims who are in federal prison. – The Daily Caller

"I pledge allegiance to the Flag of the United States of America, and to the Republic for which it stands, one Nation under Allah...." – Arabic rendering of the Pledge of Allegiance, Pine Bush High School, New York.

Breitbart News revealed the existence of what is believed to be the first official Sharia law court in the United States, in Irving, Texas. The so-called Islamic Tribunal settles civil disputes among the growing Muslim population.

The Muslim population of the United States surpassed 3.5 million in 2015, according to demographic projections compiled by the Pew Research Center. In percentage terms, Muslims currently comprise roughly 1% of the US population.

ABC6News: Muslim Group Teaches Middle Schoolers About Islam (Minnesota)
(ABC 6 News) – A local Muslim group is getting in the classroom and teaching kids about their religion.

Shalash and a few others spoke about Islam. Students got the opportunity to ask questions, speak Arabic and try on Muslim clothing.

“This is a time in their life where they are developing patterns in their thinking and their behavior,” said teacher Kevin Lake.

Lake has been teaching for 25 years, and he says this is a chance for his students to learn in a different way.

“It’s always good for the kids because suddenly there’s a different voice and usually a little more excitement because there is something new and they can sometimes learn a lot more from somebody different than they always see,” said Lake.

Next week, students will listen to a speaker on Christianity. The following week, a Judaism speaker will talk about the Jewish religion to Willow Creek eighth graders.
-------
Sisters of Notre Dame to host Christian-Islam discussion
"Since education is a very important part of our ministry, we felt we had to get someone in who knew something about Islam and could help us understand what they believed as religious people, and also to understand better the culture from which this religious attitude grew," said Sister Mary Tacheny.

The sisters discussed these questions several weeks ago during breakfast one day, when they wondered whether they should respond to negative misinformation coming from various TV and radio programs, as well as prejudicial talk from the community at large.

That discussion spurred the sisters to reach out to local Islam and Somali leaders to see if anyone would be interested in coming to speak about the religion, one of the largest in the world.


Obama DOJ is hedging its bets by not working with the FBI on Hillary investigation
By J.E. Dyer January 23, 2016

If you’re like most people, your mental concept of the investigation of Hillary Clinton’s Emailgate has probably involved a hazy idea that standard things are being done. I know that’s been the image in my head — to the extent I’ve given it any thought.

The story line goes: Department of Justice has the FBI investigate something, with the idea that a grand jury may be convened and an indictment may be sought. A federal prosecutor is at the helm. His or her office would at some point be talking to us, explaining decisions about charges and prosecution.

That’s the normal way of things. It’s how our system works. But it hadn’t really registered with me that we have not heard from a federal prosecutor.

Andrew McCarthy has a must-read piece at NRO today, pointing this out. His fine-tuned prosecutor’s radar keyed on this point from the wording of a recent New York Times article on the investigation of Hillary’s rogue email server. The article was, as he puts it, unusually careful to stress the following:

Yet, in reporting the story, the Times’ Mark Mazzetti took pains to stress: “The government has said that Mrs. Clinton is not a subject of the investigation.”

McCarthy recognizes that it seems kind of crazy to anyone with common sense, to stress that Hillary Clinton is not a subject of an investigation that’s all about something she did.

But that’s the clue that there’s no standard DOJ process going on. In a formal sense — a prosecutor’s sense — there can only be a “subject” if there’s a judicial process being pursued. And there isn’t one.