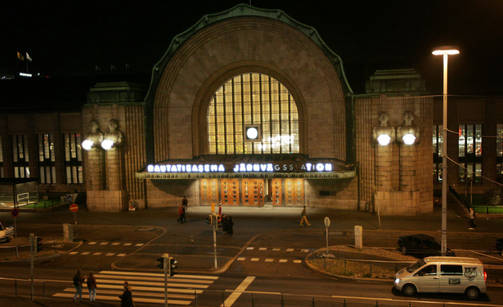 Four ‘middle Eastern men’, three of them ‘refugees’ gang rape girl in city center in Helsinki
A young woman is suspected to have been a victim of gang rape in the center of Helsinki.

The suspected crime took place in Helsinki in the vicinity of the main train station in November. (ILPO LUKUS)

The Helsinki District Court has captured over the weekend a total of four Middle Eastern men on suspicion of aggravated rape.
According to lltalehi’s information at least three of them came to Finland as asylum seekers. Three of the detainees was born in 1992, the fourth was born in 1977.