Iraqi Christian girl, 11, becomes Internet singing sensation after ISIS threatened to kill her and her family 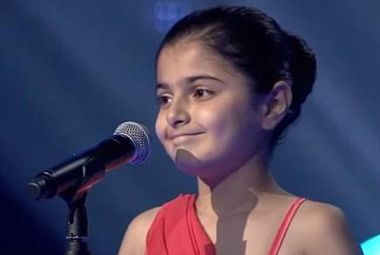 Mirna Hana, a Chaldean Christian and a talented schoolgirl, sang an Iraqi classic followed by Disney's "Let It Go'' during her audition that wowed the judges in Beirut and the millions of viewers worldwide. A YouTube video of Hanna has been seen by nearly 11.8 million viewers, according to the Daily Mail.
Her splendid audition earned her the title "the Babylon Princess.''
But before her performance on the show, Hana told the judges that her life was in danger in Iraq because the ISIS had its eyes on her and her family.
"After we got to Lebanon, my dad told me that Daesh [ISIS] wanted to kidnap and kill me. From then I felt very scared at night, and I couldn't sleep alone, or be by myself,'' the young singer said.
"The Voice is a chance to sing for the world and to show that Iraq isn't just about war and things like that—there are beautiful sounds, too,'' she said.
Hana's father said: "They threatened us with the kidnapping of our little girl, so we came here. We left everything behind us—even my job with the government.
"Everybody knows the difficulties of Iraq, from ISIS and how they slaughter the people and how they take their houses,'' he said.
Posted by Pastorius at 1:05:00 am