France to recognise Palestinian state if deadlock with Israel not broken 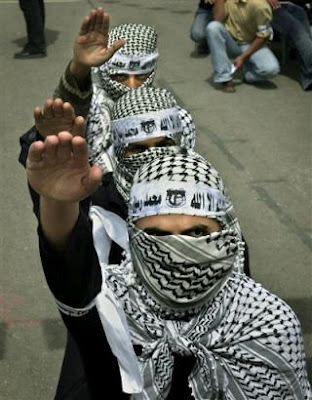 France to recognise Palestinian state if deadlock with Israel not broken

France will recognise a Palestinian state if its efforts in coming weeks to try to break the deadlock between Israelis and Palestinians fail, Foreign Minister Laurent Fabius said on Friday.
“France will engage in the coming weeks in the preparation of an international conference bringing together the parties and their main partners, American, European, Arab, notably to preserve and make happen the solution of two states,” he said.

So now the Nazi Saluters above get a state if they sit down and work something out, or it they don't.
Posted by Pastorius at 1:29:00 pm

It's STILL the same nation that expelled all JUICE FOUR TIMES

Telegraph: British and US intelligence 'hacked into Israeli drones'
GCHQ and the NSA 'watched in real time' as Israel bombed Gaza and monitored for any sign of any Israeli attack against Iran, according to reports