Infidel Babe Of The Week 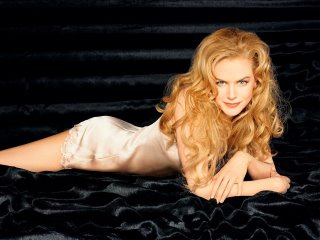 NICOLE Kidman has made a public stand against terrorism.

It specifically targets "terrorist organisations" such as Hezbollah in Lebanon and Hamas in Palestine.

"We the undersigned are pained and devastated by the civilian casualties in Israel and Lebanon caused by terrorist actions initiated by terrorist organisations such as Hezbollah and Hamas," the ad reads.

"If we do not succeed in stopping terrorism around the world, chaos will rule and innocent people will continue to die.

"We need to support democratic societies and stop terrorism at all costs."

I was damn surprised and pleased by the ad taken out in the LAT.

Pleased by the IBW, too.

Yes, surprised. Me too.

Not sure how many will visit the comments, here.

The Infidel Babe of the Week, as well as Hunk of the Week are now clickable, which will take you to the larger picture.

AND, be sure to visit the IBW Archives, if you missed any babes of the week!

Admittingly, I already checked the archives from Babe of the Week out, but, because you ask, I'll check it out again.

Interesting the Times would put that ad in the paper. Their editorial focus is distinctly anti American, and anti War on Terror.