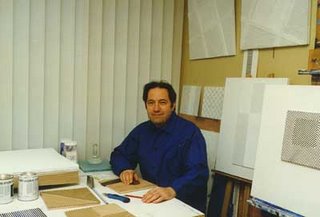 Recently, at my website Galliawatch, where I translate from French into English articles of interest, culled from the anti-Islamic patriotic (or nationalist) French blogs, I published a lengthy interview with Louis Chagnon, a history teacher pursued by the French government and Muslim organizations, for teaching unpleasant truths about the prophet Mohammed. The interview was conducted by Primo-Europe, a Jewish-French website. Excerpts of the interview appear on the home page of Galliawatch, and the interview in its entirety is in another section of my blog.

Later, when the war in Lebanon began, Louis Chagnon came out in favor of Israel, and now that troops are being sent, he discusses what their mission has to be. Here, from a longer article that appeared recently at Liberty Vox, are excerpts of his words:

...The problem is in determining the mission of this force. Is it to be a mere force of intervention whose role is simply to separate the two protagonists or else a coercive force sent to fight Hezbollah?

...In this framework, giving the international force...a simple mission of intervention would be a major mistake. It will not solve any problem and will instead complicate things. An end to hostilities will be favorable to Hezbollah that will seize the opportunity to heal its wounds, reorganize it forces and replenish its supply of arms and munitions coming from Iran via Syria. As it stands, this army of intervention would become a protective force for Hezbollah, that would then be able to resume, at will, the launching of rockets on Israel, rockets that would pass over the army of intervention without that posing any insurmountable technical problem. As for the Iranian Zelzal missiles with a range of 200 km, they would, for the most part, pass over the international force. From this perspective, UNIFIL would be in a very delicate and unenviable position, trapped between Hezbollah and the Israelis. In this context, Lebanese troops, under shiite control, risk posing an additional problem because, even though their mission is to support the future international force, they will refuse to attack Hezbollah.

It must be remembered that Hezbollah will not accept the deployment of this force unless it feels it can draw some advantage from it, the advantage being to be out of reach of the Israeli army for the short term. As soon as it feels the international force has become a hindrance to its aggressions against Israel, Hezbollah will judge UNIFIL forces as allies of the "Zionists" and combat them as such, i.e. fiercely. Do the governments whose armies participate in this international force want their own troops to be used as a diversion for the aggressions of Hezbollah? Of course not. Consequently, the international force deployed in Southern Lebanon must have as its first priority and essential mission the disarming of Hezbollah! To send a simple army of intervention would place it in an untenable situation and would be catastrophic for the soldiers who participate. Nor would it bring any stability to the region. Without the disarming of Hezbollah, the situation will come to naught. That is why the international forces sent to Lebanon will have to be a fighting army, since Hezbollah will never agree to disarm. Its fight against Israel and the Jews is its raison d'être and will be pursued as long as it has the means. The international forces cannot allow Hezbollah's aggressions against Israel to start up again. So, they will be regarded as an obstacle to this fight and will become the target of attacks until they leave the region. Therefore, they must fight.

In this perspective, the fact emerges that the countries who send peace-keeping soldiers to Lebanon must be ready to pay the price, in other words, they must send their men to die for Lebanon. This is the price for a return to stability in the region.
Posted by tiberge at 5:17:00 pm