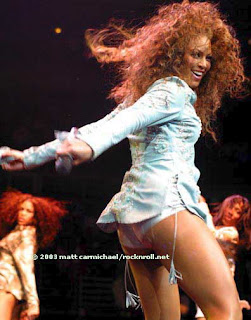 So, what is it that gets our cute little Islamofascist enemies the most angry? What makes them burn with a white-hot rage? What is it that will set them into a worldwide temper tantrum of rioting and murder?

It has been noted that the Islamic world is an Honor/Shame culture. If they are not being honored, they feel they are being shamed. The egos of Islamofascists are particularly fragile. And, of course, insulting their prophet and humiliating Allah does get them very angry.

But really, all that serves to do is expose them.

When we draw cartoons of Mohammed with a bomb in his turban, yes, then the Islamofascists fly into a tantrum and reveal themselves for the childish morons that they are. But, in the practical world, it does little to help us win the war, other than to make more Westerners aware of how unreasonable they really are.

So, we need to understand how to truly humiliate our enemy.

What humiliation is so utterly horrible to those darling little Islamofascists that the very thought will render them a quivering gelatinous mass in a puddle of its own urine and feces?

The Islamofascist mental universe is basically the world of the pre-game football locker room metality writ large. If one wants to understand what will anger and, ultimately, humiliate the Islamofascists, one need only think of what would start a fight in a locker room. What gets testosterone-charged men really angry and/or humiliated?

1) Being called a fag, or having one's manhood called into question.

Sure, we could sit around and play the dozens with the Islamofascists from here to eternity, and believe me, it would be a riot, but the truth is, the real insult to their manhood has to be performed on the battlefield. That's where we will ultimately demonstrate what a pathetic bunch of pussies they really are.

But, there's something else we can do right now which would drive a stake right through their sad, shriveled hearts;

"Steal their women?!?" you say. Pastorius, are you crazy? What are we, a barbarian culture, reducing women to chattel and servitude? Are we to act in ways which would make us no better than the Islamofascists?

No, we are better than that, and that's exactly why we can steal their women, and their women will actually be happy about it. Here's my idea:

We put out an announcement across Iraq and Afghanistan that any woman who wants to escape from the slavery of the burqa and Sharia need only present herself to an American official (soldier, or member of the government) and request asylum. She will be whisked away from her former life and brought to America, where she will receive a free education, free housing, and an opportunity at life, liberty, and the pursuit of happiness.

She will not be allowed to bring her husband, son, or father, or any male family member. This is an opportunity which is only open to those women whose servitude is so painful that they are willing to completely sever ties with their old selves, or should I say, lack of selves.

I call this "An Immodest Proposal" because I want to be clear that I am serious as hell, and that this idea is not proposed in the tradition of Jonathan Swift's satire.

I believe this idea is not only a strategically sound way to beat our enemy, but also a just and compassionate way to help the women of the Islamic world who are locked up in the ideological slavery of Sharia.

This idea, if implemented successfully will shatter the fragile egos of the Islamofascists precisely because it goes to the heart of male identity. Men, more than anything, want to believe they can take care of their women. If they find that they are unable to, they feel they have been judged to be useless and impotent human beings. A man who believes himself to be useless and impotent is a defeated warrior.

The booty of American military conquest is more free, productive and happy people. Let's keep in that tradition and free the slaves of the Middle East.
Posted by Pastorius at 9:39:00 pm

Sadly we in the UK cannot use the same tactic as we are rapidly coming under Sharia law ourselves, particularly where muslim treatment of their women is concerned.

And every time Zarwayharry comes out with another Jihad video, we could post another "Mooselimb Babes Gone Wild At Padre Island or Ft. Walton Beach" !!

While Abdul is standin in line with his 30 cousins to have a go at the Community Camel, his former "Sweet Thang" is rompin on Panama City Beach, Fla. , topless, in a thong drankin somethin cool that came with an umbrella in it !!

Does that mean we also get to give the babes from the U.K. asylum too ??

I'm likin the sound of this more and more all the time !!

Wild Bill,
All I can say is spank that thang'.

Brilliant! A stroke of pure genius.

The booty or the essay?

Well---both, I guess. ;-)
Your theory about ridicule and derision is spot-on. Years ago I was fuming about young M.E. males in Melbourne and their driving habits to my boss, a psychologist. (I'd been in a few fistfights with them).
His solution? Just point at them and laugh.
The results were sensational--on one occasion the young guy totally lost it and ran into the back of another car. Very satisfying, it was. :-)

I love that story.