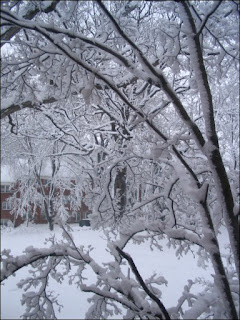 Remember, back in the day, Pravda, the Soviet news agency used to put out this kind of disinformation. It used to make me laugh and cry at the same time. I laughed because the stories were so preposterous and funny, but having had friends who had been to Soviet Union, I understood that the people believed the stories, and I understood the impact of such lies upon the mind of a populace.

There is the truth that the stories feed hatred towards America, of course, but the worst part is the death of hope that occurs in the minds of those who believed that America may be their last best hope.

And, of course, by doing nothing about their problems at this point, their hope is fading anyway.

Very sad. Here's the story (thanks to Jonz):

In a decision supported by Israel, anyone who converts to Islam in the US will be sentenced to 20 years in prison. According to the newspaper Altajdid [the name is Arabic], this law is suggested by an anti-Islam organization in the US and will result in more control over mosques. The idea behind this suggestion is that conversion to Islam will cause a crisis which will end in the destruction of the US government. This is the first such law in the world and will be carried out in American mosques very soon. The organization suggests that Zionist guards will provide information about 2,300 mosques and Islamic schools. The organization is working on another plan for enabling search inside the mosques.
Posted by Pastorius at 4:35:00 pm

20 years? Why so lenient? Is that without chance of parole?

Iran knows how to wage a propaganda war.

This propaganda actually contains a grain of truth. The Iranians are purposely weaving in a vague way recent reports of SANE's Mapping Sharia Project into their Zionist-conspiracy narrative in order to pysche up the Iranian masses who don't understand English.

AOW,
They sure do.

Punny Pundit, and Anonymous, I thought of going in the same direction as you with this post, but ...