There Is A War Coming, And It Will Start On August 2nd 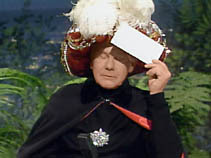 Am I Nostradamus? No, I just know. I'll leave it up to you all to figure out how I know

Hizbullah guerrillas have moved most of their rockets in south Lebanon among civilians in villages in an apparent attempt to avoid detection by Israel and UN troops, IDF officials said Sunday.

The new moves are part of Hizbullah's reorganization after the Second Lebanon War, the officials said. During the summer's war, Hizbullah fired almost 4,000 rockets at Israel.

While Lebanon criticized the IDF for targeting civilian areas during the war, Israel said Hizbullah was to blame for operating among civilians and putting them at risk.

Last summer, many of Hizbullah's rocket batteries were located in unpopulated rural areas, where the guerrillas dug networks of tunnels and fortifications, the officials said. But the army's new intelligence indicates that those positions had now largely been abandoned in favor of populated villages, which provide better cover for the group's activities. The officials spoke on condition of anonymity.

The UN-brokered cease-fire that ended the war expanded UNIFIL, the international peacekeeping force in south Lebanon, to 13,000 troops, entrusting it with ensuring that Hizbullah was not rearming near the Lebanon-Israel border.

Yasmina Bouziane, a UNIFIL spokesman in Lebanon, refused to comment on the Israeli charges.

A Hizbullah official in Beirut also refused to comment on the allegations. The official, who spoke on condition of anonymity, said only that in the past Hizbullah guerrillas fired rockets at Israel from valleys and mountainous areas and not from inside villages.

The officials said Hizbullah's postwar efforts also included the construction of new fortifications north of the Litani River, farther from the Israeli border and out of UNIFIL's jurisdiction.


Iran In The Final Countdown?

From Pamela, at Atlas Shrugs:

OSINT and HUMINT source reports have combined within the past 48 hours to constitute one of the most striking dioramas ever seen in any region of the world just prior to the initiation of full-scale armed conflict. These reports are far more than the proverbial handwriting on the wall or mere belligerent rhetoric; they are virtual and tangible realities seen in most instances by disbelieving human eyes, so real they stun the senses with an aura of surrealism.

These intelligence items were then capped by a two-day council of war lorded over by Iranian President Mahmud Ahmadi-Nejad. The first day’s session was held Damascus, Syria on Thursday, with the second session moved to Tehran on Friday. The details of this Iranian-led council of war are found in in this report from DEBKAfile. The HUMINT items of particular interest follow below. Click the article title or “read more” above to continue with this important special report.

On July 5, 2007, the Iranian news agency IRNA reported that Syrian authorities had instructed all Syrian citizens residing in Lebanon to return to their country by July 15, 2007. The next day, the Israeli Arab daily Al-Sinara similarly reported, on the authority of a Lebanese source close to Damascus, that Syria was planning to remove its citizens from Lebanon.

Ahmadinejad: “This summer will see Muslim victories in the region and the defeat of our enemies!”Al Qaeda in Iran and more on that here.

It's gonna be a long, hot summer. Those who are concerned about Global Warming will want to keep their eyes open.
Posted by Pastorius at 7:56:00 pm

I have a very distinct feelin that it wont be the same -hands tied behind the back- that we saw in '06.. What has Olmert got to lose this time, his popularity ?? Sanctions from the UNHRC ?? Yeah, right !!

What I find really frustrating is that the IDF won't let me go (a non Jew) go and fight for them. They Should have a Mossad screened foreign legion....cause my tail would be off there so fast...!

You know, Watcher71. That's an important point. I'm going to make a whole post out of that. You are not the first non-Jew to have said this to me, and it isn't like the thought hasn't crossed my mind a few times, and I am a non-Jew in my forties with a family.

I think Israel has a potential army far larger than they can imagine.