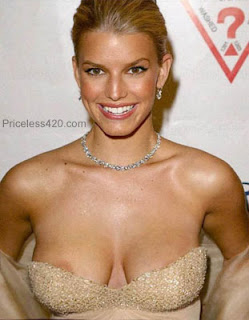 God damn them. Don't those dumb fuckers realize the movie is a flop anyway?
Anyway, Wild Bill, an intrepid blogger and commenter has convinced me that it would be funny to attract an audience of people who are searching for photos of tits and ass, and other stupid content. But, are tits and ass really stupid content?
At least one of my heads is telling me they are among the most profound things on Earth.
I really can't figure this one out on my own. I think I'll need some help.
But, I digress.

Can you believe those fucking stupid Malaysian Islamofascist idiots?

KUALA LUMPUR (AFP) - Malaysian Muslims have called for a ban on the blockbuster movie "Evan Almighty," saying it is offensive to their religion, state media reported Friday.

Malaysia's influential Muslim Consumers Association (PPIM) said the comedy, which plays on the story of Noah's ark and features actor Morgan Freeman as God, was insulting to Islam.
"The movie refers to the big flood during the time of Prophet Noah, but this has been turned into a comedy which is insulting to Islam," Secretary-General Maamor Osman told news agency Bernama.
"Featuring a human being as God in the movie is also against Islam," he added.

For anyone who is interested, Judaism and Christianity also have injunctions against "graven images" and idolatry.
But, somehow, Jews and Christians don't tend to freak out over this kind of stupid shit.
Hmm, I wonder what the problem is? I guess, as I said, I'm going to need a hand in thinking this one through.
Posted by Pastorius at 3:38:00 pm

But my dear Pas, there is a close relation tween women, their bodies, and conflict !!

If I'm correct, even the century-long feud tween the Hatfields and McCoys began with a woman at the center of it..

There are now political battles under way to ban the burqa, and on Fox News there is a notice that there is a question ragin over whether Jessica Simpson's boobs are real, and a while back I posted about a dust-up over some Mooselimb scholar gettin his diaper in a twist over the display of legs by a WW II Era starlet..

Many E.U. countries are tryin to grapple the problem of females bein raped and disfigured, most often by Mooselimb males and gangs..

And in the case of the trials of the Marines goin on now, it wasnt the death of the 24 civilians that caused the Iraqi Government to demand justice, but it was the rape of the young girl that caused the outrage.. For the Americans to have commited an act comparable to what the Mooselimbs have commited on a regular basis and is a TRADEMARK of their sadistic and voilent manner SCARES THE SHIT OUT EM !! To think that the American can be just as vile as they can worries them to no end..

The thought that Americans have been pushed to the point that Mooselimb Man, Womam, and Child may not be safe anywhere on this earth and that many many more Americans may take up the practice of their barbarism and that they stand a chance of havin their very culture exterminated in a fit of mass worldwide rage leaves em with a chill up their spine.. IT MUST BE STOPPED !! The timid American Infidel is not supposed to be capable of this kind of aggression..

There was a story out of Ohio a coupla years ago, where a new illegal arrival from Mexico kidnapped a 9-year old girl and raped and beat her at the house used by most of the new arrivals in that community.. Locals were outraged, no doubt, and tried to burn down the house soon afterward, with all occupants still inside.. The girls rapist had already fled back to Mexico and most of the houses residents had fled to other shelter..

But this just goes to show that our women, and sometimes even their women, can drive some serious actions to happen.. And how long it will be before the Mooselimbs have pushed and shoved us into us gatherin the rope, torches, and pitchforks is anybodies guess, but I dont thank its all that far !!

And you saw how quick the hair stood up on the back of my neck and I made that comment, well, if the military brass and civilian heads aint gonna let the Troops inflict a little carnage then I expect Americans and maybe even people in the E.U. to extract a little REVENGE of their own..

You notice it didnt take long for the cab driver in Glascow to run over and kick the almost-bomber in the nuts, or the baggage handler to punch em in the face !! But what many missed was that there was a lady close by that had gone into hysterics and I have no doubt that had much to do with the reaction those guys had in addin even more pain to the guy even if he was on fire..

So you see, there is a big piece of this conflict with radical Mooselimbs that I thank aint gettin the coverage that it should..

I dont thank the Infidel Babes get enuff attention and that bloggers aint thrown enuff grief at the Feminazis and N.A.G.S. about their lack of involvement in Mooselimb Women's Rights !!

I've done forgot what this comment was supposed to be about, so I'll have to go back and read again and see what else I got to say bout it..

We Infidels are a cruel bunch. We just need to be woken up, and then we will start doing things the Muslims won't believe. It will like Martian's attacking them, it will be so unworldly.

Anyway, Wild Bill, here is my response to your comment: