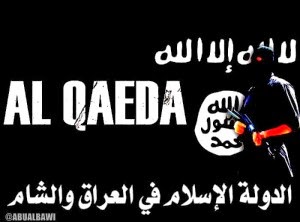 
The head of the FBI said in an interview broadcast late Sunday that the U.S. is preparing for an imminent terrorist attack.

FBI Director James Comey said the Khorasan Group, an al Qaeda affiliate in Syria, may still be working on a plan to hit the United States.

“Khorasan was working and may still be working on an effort to attack the United States or our allies, and looking to do it very, very soon,” he said on CBS’s “60 Minutes.”

“I can’t sit here and tell you whether it’s their plan is tomorrow or three weeks or three months from now,” he said.

“Given our visibility, we know they’re serious people, bent on destruction. And so we have to act as if it’s coming tomorrow.”

He said that terrorist networks in Syria are a product of “the metastasis of al Qaeda” with the two major groups, al Nusra and the Islamic State in Iraq and Syria (ISIS).

Does Khorasan even exist? By that name, I mean.

As posted in another thread above this one, this same FBI bozo invites utter ridicule for pathetic comprehension of this administration primary duty to protect the law abiding citizens of this nation by stating (ff 0:23):

"Ultmately, an American citizen, unless their passport is revoked, is entitled to come back. So someone who has fought with I S I L that wants to come back - we will track them very carefully"

The Great Mark Levin responds to these alarming admissions made by the FBI (CBS 60 minutes) and Chuck Hagel with the following:

“Okay. Now, the way I see it, you’re Secretary of Defense, and you now pose a problem. What’s the fix?

“And this is why I think so many of you are frustrated.

“Okay. We got it. These animals hate us. Some of them, have either come into our country from other countries and settled or have been born here, but they’ve now joined the enemy. Now what are we going to do about it?

“I have said time and again now, that these people have, by their own actions, relinquished their United States Citizenship. They should not be permitted back into the country, and if the crackpots insist on judicial review, it should be judicial review by a military tribunal. That’s the way it is supposed to be done, and not on our own territory, at Guantanamo Bay.”
More at CNSNews read it all

The two specified acts that Levin says matter the most to him are as follows:

(1) taking an oath or making an affirmation or other formal declaration of allegiance to a foreign state or a political subdivision thereof, after having attained the age of eighteen years; or

(2) entering, or serving in, the armed forces of a foreign state if (A) such armed forces are engaged in hostilities against the United States, or (B) such persons serve as a commissioned or noncommissioned officer.

You can find a complete listing of the specified acts mentioned in 8 U.S.C. 1481 above on Cornel University School of Law’s site.