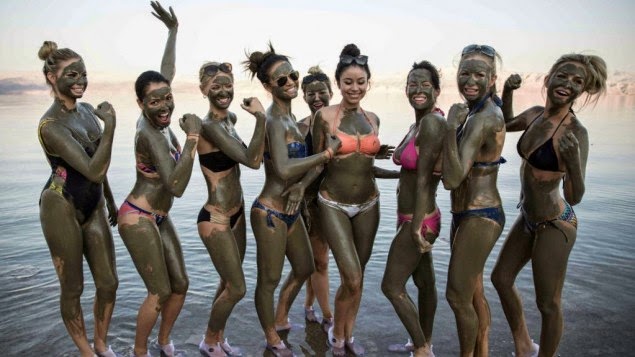 
During a five-day trip to Israel last week, a delegation of 11 beauty pageant winners from the U.S. got a taste of the real Israel -- which is much different from the common image of Israel worldwide.

"If Israel had a 'cover' title based on what the media portrays, it would be 'danger,' 'warfare,' 'disagreement,' 'pain,' 'death,' 'conflict' … and yet after just the first day I realized that this couldn't be any further from the truth," said Alicia Monique Blanco, Miss Arizona USA 2009.

The trip was organized by The Face of Israel organization, which offers tours of Israel to influential figures from around the globe. During their time in Israel, the beauty queens visited all of the standard tourist destinations -- Jerusalem's Old City, the Dead Sea, Yad Vashem, and so on -- but they also got off the beaten path, with visits to rocket-battered Sderot and Barzilai Medical Center in Ashkelon. In addition, they got a closer look at the diversity of Israeli life by meeting with a wide range of Israelis, including IDF soldiers, Knesset members, high-tech executives and women leaders, among others.

I really appreciate their positive position on Israel, and it helps tremendously, just like it did when Scarlet Johansson represented Sodastream. These contestants all have big social followings and shared their experiences online, making things even better. Here's an extra article on JTA.
Posted by Avi Green at 8:03:00 am