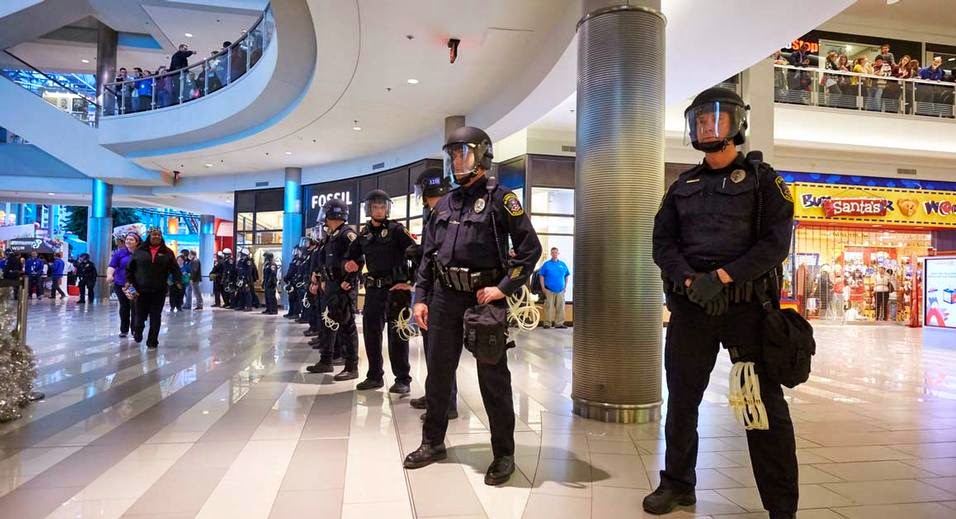 Al-Shahab is calling on Muslims to launch attacks on American malls.

Al-Shahab has the Islamic version of "credibility" on this subject, meaning they did actually pull off a massive attack on a mall in Kenya, in which 60 Infidels were slaughtered for not being Muslim.

Americans must be vigilant in light of a terror threat calling for attacks at malls such as the Mall of America in Minnesota, Homeland Security Secretary Jeh Johnson said Sunday.

"If anyone is planning to go to the Mall of America today, they've got to be particularly careful," he said on CNN's "State of the Union." "There will be enhanced security there, but public vigilance, public awareness and public caution in situations like this is particularly important, and it's the environment we're in, frankly."

Johnson’s comments came after the release of a video Saturday that was purported to be from the Somali militant group al-Shabab and called for attacks on malls in the United States, Canada and Britain. The video used footage of the 2013 attack on the Westgate Mall in Nairobi and specifically mentioned the Mall of America, in Bloomington, Minn.; West Edmonton Mall in Canada; and Westfield mall in Stratford, England, among others, as potential targets.

The video called on Muslims to conduct these attacks independently and quickly. “So hurry up, hasten towards heaven, and do not hesitate, for the disbelievers have no right whatsoever to rejoice in the safety of their lands until safety becomes a reality in Palestine and all the lands of Muslims,” an English-speaking narrator says in the video, provided by the Site Intelligence Group.
Johnson said Sunday that groups such as al-Shabab are "relying more and more on independent actors to become inspired" and "attack on their own."

He also said there was a need for a comprehensive approach to fighting the ever-present threat posed by terror groups, including the Islamic State, which is variously known as ISIS and ISIL.

"Groups like ISIL, al-Shabab, AQAP [al-Qaeda in the Arabian Peninsula] are now publicly calling for attacks, either through the Internet, through videos, through publications, which means that we need to respond militarily," he said. "But we also have to have a whole government approach to law enforcement."

DHS Undersecretary Suzanne E. Spaulding elaborated on such an approach during a Senate hearing last fall. She noted that government officials routinely work with the private sector to understand the scope of threats they face and to share information and training. For instance, she said the DHS and the Energy Department regularly provide threat briefings to energy company CEOs and other executives about physical threats and cyberthreats. She also referenced the 2013 attack in Kenya.