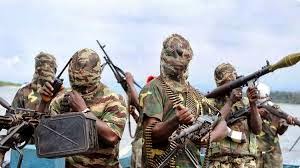 If the Obama Administration is serious about making progress in defense of America’s best interests, the President and his national security team will forthwith request resources from Congress to rid Nigeria of the scourge called Boko Haram, while also swiftly implementing a robust plan to crush the Islamic State, what remains of Al Qaeda, and other adherents of radical Islamist jihad.

Horrific as reality now appears inside Somalia, Afghanistan, Iraq, Syria, Libya, and Yemen (places where America so far has intervened without achieving victory), Nigeria and Boko Haram present another vexing set of threats that America and what remains of the civilized world cannot ignore for much longer.

The case against Boko Haram is not nuanced. It is unambiguous. This band of Islamic rejectionists denies all benefits from modernity and commits unspeakable atrocities. In doing so, Boko Haram is already a potent threat to oil-exporting Nigeria, to neighboring African nations, and potentially to the entire world.

Libyan Army Spokesperson: Libya’s Largest ISIS Camp Just 45km from Tunisia
The biggest ISIS camp is reportedly only 45km away from the Tunisian border, according to Libyan army spokesperson, Ahmed Mesmari in an interview with Tunisian daily newspaper Assarih. Mesmari stated that around three to four thousands militants are training in a camp in Sabratha, most of whom are Tunisians and foreigners connected to other alleged terrorist groups in Tunisia.
Mesmari claimed that the number of Tunisian fighters in Libya have drastically increased in Derna. Six Tunisian suicide bombers killed themselves in Benghazi according to Mesmari, while another Tunisian blew himself up using an ambulance car.
“We have a list of a number of Libyan and Tunisian charity organizations that are supporting ISIS,” and work through social media, Mesmari said. He further added that it was the Libyan army’s willingness that revealed the true nature of these alleged charity organizations to the Tunisian authorities.
Tunisian Foreign Minister Tayeb Baccouche reiterated on Sunday Tunisia’s position of neutrality toward the different Libyan factions, a position which the Libyan army spokesperson expressed respect.