Islamic State Threatens To Send Its Fighters To Attack Rome . . . Italy Says U.N. Will Protect Them 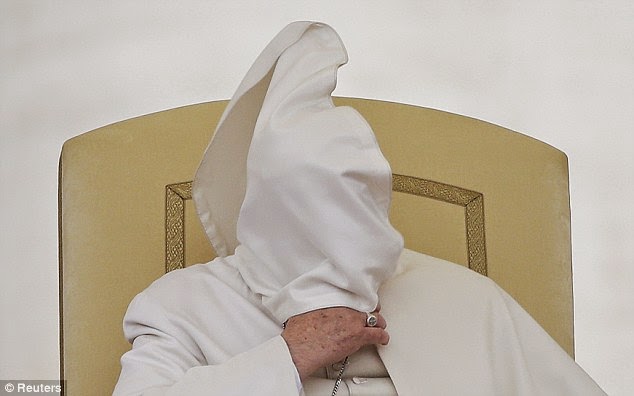 "The United Nations Will Save Me"

The UN and whose army?


In a recently released video that showed the killing of 21 Egyptian Christians in Libya, the Islamic State made an ominous warning: “Today we are south of Rome,” one masked militant said. “We will conquer Rome with Allah’s permission.”

To make matters worse, Rita Katz, director of SITE Intelligence group, pointed out that supporters of the Islamic State have begun using a hashtag to warn of their plan to reach “Rome.”

Exactly what “Rome” means to the Islamic State is unclear – some experts say it may actually be a reference to the United States or Turkey, or even the West in general.

But Italy is worried. Libya is just a short boat ride across the Mediterranean.

Thousands of refugees already make this journey to Italian shores every year. What’s to stop the Islamic State?


In fact, Renzi didn’t specify exactly who would wield that military might, and, two days later, when no one volunteered to lead the charge, he backtracked.

“It’s not the time for a military intervention,” Renzi told an Italian television station Monday night and said the United Nations had to lead the way.

“Our proposal is to wait for the U.N. Security Council. The strength of the U.N. is decidedly superior to that of the radical militias.”

I like how the Washington Post says, "Exactly what "Rome" means to the Islamic State is unclear".

Here, I'll help you out WaPo:

THE VATICAN IS IN ROME.

THE VATICAN IS THE SEAT OF CHRISTENDOM.

THEREFORE, TO ISIS, ROME IS THE CAPITOL OF CHRISTIANITY.

Rome is today what Constantinople was at the time of the pedophile, precisely as you said, the heart of Christianity.

Would ISIS have any problem saying they would attack the US? No! Rome is Rome!