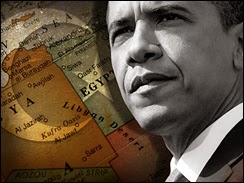 Is there any truth to this?

From the Conservative Tribune:


President Barack Obama and then-Secretary of State Hillary Clinton took great care of the Muslim Brotherhood while the terrorist group was briefly in charge of Egypt following the Arab Spring.

Though the group is no longer in power, as they were ousted by the Egyptian military, Egypt hasn’t forgotten the aid and comfort Obama provided the terrorist group during their short reign. Egypt has officially charged both Obama and Clinton with conspiring with the Muslim Brotherhood.

These serious charges aren’t a stretch, as Obama has been seen protecting the group in various ways, including placing them on a “hands off” list to allow entrance into the United States and even an invite into his own administration.

While the group controlled Egypt, Obama made sure that they had plenty of weapons, including tanks, light and heavy arms and even planes — to the tune of billions of dollars.

The Muslim Brotherhood is all about implementing Shariah law in Western countries, and the United States is no exception. They wouldn’t hesitate to harm or kill any Christian or Jew who aren’t willing to accept or share their radical faith. We’ve already seen several examples of Shariah spreading to the West — and it’s only getting worse.

Egyption lawmakers charged Obama and Clinton in two separate complaints with the conspiracy charge. For the first complaint, Obama was officially named as “an accessory to crimes committed by the Muslim Brotherhood in Egypt.”

The charge is serious, with specific details about his accessory role, that said he, “cooperated, incited, and assisted the armed elements of the Muslim Brotherhood in the commission of crimes.”

The other charge, against Clinton, accuses her of working with Naglaa Mahmood, the wife of the ousted Muslim Brotherhood president Mohammed Morsi, in an attempt to overthrow General Abdel Fatah Al-Sisi, the current leader of Egypt (H/T Western Journalism).

Mahmood has since admitted that she’s worked closely with the Clintons, dating back to the 1980s — including numerous phone calls between the two since then, hundreds of which she has recorded.

Perhaps the most serious charge against the two involves their attempted bribe to the tune of $8 billion which was an attempt to sway the Brotherhood to open up part of the Sinai Peninsula to Hamas groups to make it easier to attack Israel.