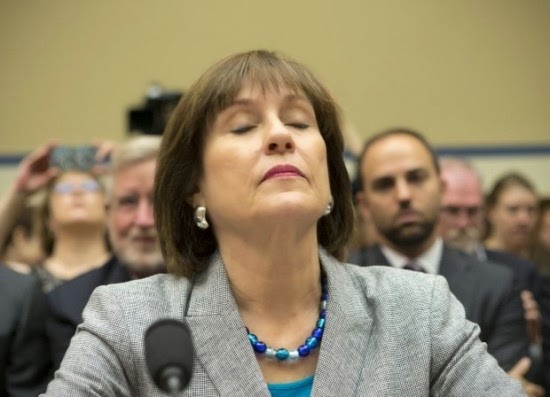 Well, what do you know?


Congress requested Lerner's emails from the IRS and agency officials told lawmakers an unknown number of emails had been lost when Lerner's computer crashed.

Camus did not elaborate on who may have committed possible criminal acts. And, he cautioned that the investigation is not complete and cautioned against drawing conclusions until all the facts are in.

"What we're looking at is potential criminal wrongdoing. This has the looks, feel and smells of being criminal. And the IG confirmed tonight that's what they're looking into," House Oversight Committee Chairman Jason Chaffetz told CNN after the hearing.

Chaffetz invited the inspector general to testify in order to provide an update on the investigation.

Camus told the committee that less than two weeks ago, officials discovered an additional 424 backup tapes and are trying to determine what emails, if any, are on them.

The tapes are in addition to about 750 backup tapes the inspector general found in July, some of which contained Lerner emails.

The IRS had told Congress that backup tapes no longer existed.

"The IRS has a lot of explaining to do," Chaffetz told CNN. "Because what (the inspector general) told us tonight means what the IRS told us is just factually not true."

JOHN KOKSUKINEN TOLD CONGRESS THE BACKUP TAPES DID NOT EXIST.

He ought to be thankful I am not running this nation. Because if I was, he would be hanged.


Every IT-savvy (people) were saying that all of these emails are periodically backed up to tapes which are always available.

The IRS kept claiming they weren't. They claimed they were lost, or missing, or "recycled" every six months.

People not in the IRS kept saying "Bullshit, the point of the tapes is to keep them forever."

So yes. This new investigator, Mr. Camus, set out to find the tapes which the IRS head swore under oath did not exist and he found them. In two weeks.

This suggests the very real policy that multiple hands at the IRS deliberately lied to Congress in order to end Congress' search for the tapes, and that they further did not do the minimum due diligence required by law in cooperating with a federal subpoena:

As Mr. Camus states, when he went to the storage facility in West Virginia, which is "exactly where you'd expect [the tapes] to be," the IT people there found them immediately, and furthermore said that no one had ever before asked for the tapes.

See the second video as well. Camus recovered 424 new tapes only because a document tipped him to the existence of these tapes. But the IRS withheld that document from him,seeking, it appears, to hide the existence of this tapes from the duly-authorized investigators.

The IRS withheld the document from him; apparently he got hold of it by other means.

And here's one of the emails recently recovered from these allegedly lost, destroyed, or recycled tapes: 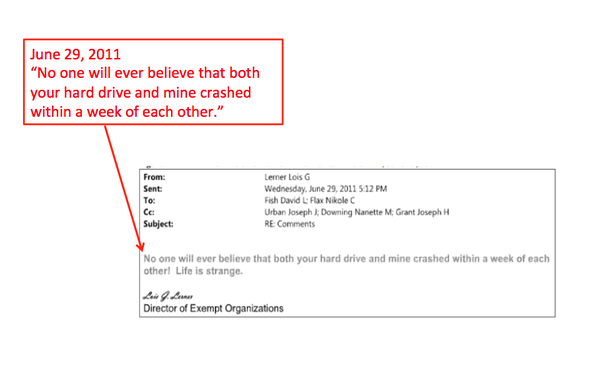 The IRS’s inspector general confirmed Thursday it is conducting a criminal investigation into how Lois G. Lerner’s emails disappeared, saying it took only two weeks for investigators to find hundreds of tapes the agency’s chief had told Congress were irretrievably destroyed.
Posted by Pastorius at 3:45:00 pm


Image of tweet which states: "No one will ever believe that both your hard drive and mine crashed within a week of each other! Life is strange. - Lois J.Lerner Director of Exempt Organizations dated 6/29/2011

OK! So, now, what is going to be done with these liars, these perjurers?