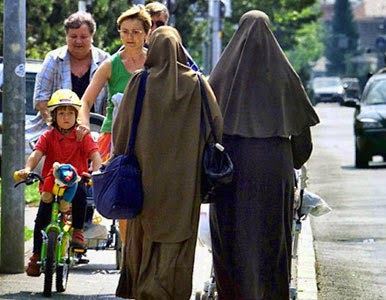 And only 68 per cent of British Muslims said that attacks on the publishers of images of the Prophet are "never" justified, while 24 disagreed.


Some 27 per cent of British Muslims said they have "some sympathy for the motives behind the attacks" on the Paris magazine, according to polling by ComRes for the BBC.

A further 32 per cent said they were not surprised by the attacks. Some 11 per cent said that magazines which publish images of the Prophet Mohammed "deserve to be attacked."

And only 68 per cent of British Muslims said that attacks on the publishers of images of the Prophet are "never" justified, while 24 disagreed.

... some 20 per cent say Western society is incompatible with Islam, 46 per cent say British is becoming less tolerant of Muslims and prejudice against Islam makes it "very difficult" being Muslim in Britain. Of those polled, 35 per cent said they did not feel British people trust Muslims.


In 2008, a YouGov poll found that one third of British Muslims thought that murdering in the name of Allah was permissible.

By the way: The police at the center of the Rotherham sex scandal -- in which the police and government permitted fourteen hundred underage girls to be molested and turned out into hookers, rather than face the politically incorrect truth that Pakistani men were exploiting white (English) girls -- just did what every corrupt and incompetent bureaucrat does when the depth of their malfeasance is revealed:

They're handing out awards to each other, and posting details of the You Did Awesome! ceremony on FaceBook.
Posted by Pastorius at 5:06:00 pm