The Children of Voltaire 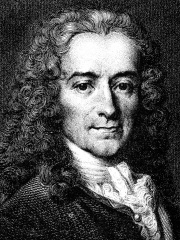 
“I even saw a baby with its head totally crushed.” First person witness

“He had no pity. He went for women and babies.” First person witness

And in the aftermath, the French Prime Minister tells the grieving citizens:

“Times have changed, and France is going to have to live with terrorism.”

It really should be the name of a punk rock group:

But there were crushed heads, and crushed and severed limbs courtesy of the camp of Muhammad.

Whose children are we and to whom do we belong?

It will be a cold day in hell before I will stand down, kneel, or prostrate myself before the children of Muhammad.

I am…. a child of Voltaire.

"Where are the children of Voltaire" - indeed!

Recently I've been contemplating similar thoughts. As a first generation American, child of war refugees who proudly/eagerly became naturalized citizens of the USA, it's clear my existence is a direct result of good survival instincts of my direct ancestors.
Yet, my own younger sibling remains brainwashed by his prior 'union' influences and staunchly believes in big government protections. This sibling is unemployed, on permanent disability (due to injury sustained during his trained career) yet could find suitable employment in another field - yet chooses not to. In direct contrast, our father continues to work as much as humanly possible - well into his late 70's despite his kidneys failing and required frequent dialysis.
It appears the 'survival instinct' is either not genetically inherited - or - the 'survival instinct' is readily deprogrammed by persistently subjective influences.

Undoubtedly you are aware (because you are educated) of the immense influence of Rousseau's writings regarding differentiation between armed combatants and innocent civilian targets. He was one of the precedent setting authors for that conceptual arch.

There are systems of governance which are superior, and of them all, democracy seems the most supportive of healthy governance and maintenance of population stabilization.

Yes, we are the children of the writers from the age of Enlightenment.

Islam at the core, remains a Medieval option.