BREAKING NEWS: IDIOCRACY THE MOVIE BECOMES IDIOCRACY THE REAL WORLD - STUDY SHOWS THE IQ OF THE AVERAGE WESTERNER HAS DROPPED 14 POINTS IN THE PAST 100 YEARS 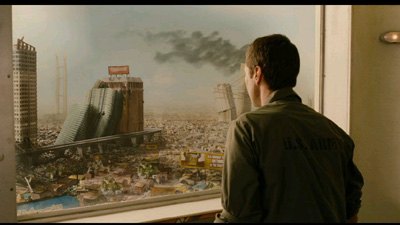 A new study from researchers in Europe claims that the average IQ in Western nations dropped by a staggering 14.1 points over the past century.

"We tested the hypothesis that the Victorians were cleverer than modern populations using high-quality instruments, namely measures of simple visual reaction time in a meta-analytic study," the researchers wrote in the study, which was published online in the journal Intelligence on Thursday. "Simple reaction time measures correlate substantially with measures of general intelligence and are considered elementary measures of cognition."

The results might surprise some. Especially if the researchers were simply measuring visual response times. After all, in a digital world constantly competing for our attention, it would seem people generally respond more quickly to visual stimuli. However, the results appear to indicate something different.

The Victorian era ran roughly from 1837 to 1901, coinciding with the reign of England's Queen Victoria. Some have credited the Reform Act of 1832 with sparking an era of previously unprecedented peace and prosperity in the U.K.

The results were measured using data from 1889 to 2004 and were analyzed by Michael A. Woodley of Vrije Universiteit in Brussels, Jan te Nijenhuis of the University of Amsterdam and Raegan Murphy of the University College Cork in Ireland.

So why has there been such a steady drop? As UPI notes, previous research studies have found that women of higher intelligence tend to have fewer children on average, meaning that population growth may be driven by those with a lower IQ. And over time, the abundance of less intelligent offspring would affect the overall IQ average.

After all, in a digital world constantly competing for our attention

I think there are studies done that if you excite your brain too much it results in a lot of "nerve cell firings" (my terminology may not be 100% accurate) which then results in a sort of numbing effect.

That is why, as a protection mechanism, when one faces an incredibly sad event that one can't deal with very well, the brain responds with numbing one's "emotions" which results in the state generally known as depression...

All of the above is to say that this study may not be 100% accurate. If we are bombarded, day and night, with things or people wanting our visual attention, and those people or things don't pose a threat to our lives or that of our loved ones, then I think the normal human reaction would actually be to grow numb to it all rather than become more aware of it.

In fact a recent study shows that intelligent people are slower at noticing large distractions because they are more focused on the task at hand (link: http://www.telegraph.co.uk/science/science-video/10076355/US-scientists-unveil-new-IQ-measure-take-the-test.html )

With that said however I do think the general population is growing dumber and dumber by the year. And it has less to do with IQ (a genius artist could very easily bomb the IQ test...but is he or she dumb?) and more to do with general lack of real education.

When societies are built around the idea that no matter what you do or how much effort you put in...in the end you will be fine because the government will take care of you, how many of us really think that most people will still work hard to be the best they can be, to have the best kind of life they can get (have we already forgotten about the societal problems in the Soviet Union?)?

After all (from a college student's perspective), isn't it easier to fill out a form begging the government for money than it is to have to study your ass off for some exams that don't even matter?

And on the note of governments, when the youth is told that any thought or action that deviates from the accepted, politically correct, non offending norms of society will result in harsh punishment, how can we not expect the youth to just "switch it off" and "go with the flow"?

I was talking to a good friend of mine from Britain recently and he baffled me with the revelation that he'd rather his children grew up in an Islamic country fearing Allah than grow up in the West and be taught about homosexuality or evolution in public schools.

So it isn't just the liberals that we should blame all of this on. Conservatives are equally to blame when we try to shelter our children and make questioning and wonderments into heresy and taboo.

Sorry about this rant, I only meant to say that this isn't a lost cause. And I think us conservatives need to wake the f*** up and start fighting for our future generations by taking back control of what our kids are being taught in schools and making sure that our kids, and the future generations to come, are free to think or wonder outside the accepted norms. And to be heard, we need to be as aggressive, if not more aggressive, as the liberals and Muslims are about getting their way.