Maybe Global Cooling Is Part of the Larger Trend Towards Global Warming?


To the Horror of Global Warming Alarmists, Global Cooling Is Here 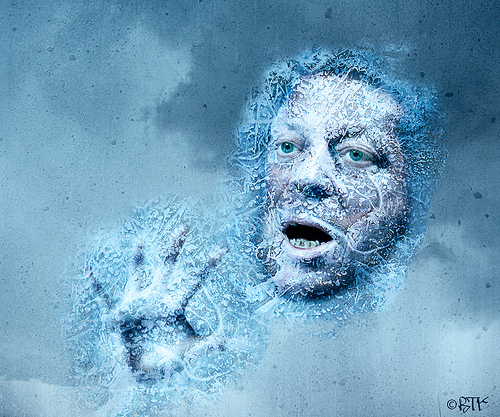 To the Horror of Global Warming Alarmists, Global Cooling Is Here.(Forbes).The German Herald reported on March 31, 2013,

“German meteorologists say that the start of 2013 is now the coldest in 208 years – and now German media has quoted Russian scientist Dr Habibullo Abdussamatov from the St. Petersburg Pulkovo Astronomical Observatory [saying this] is proof as he said earlier that we are heading for a “Mini Ice Age.” Talking to German media the scientist who first made his prediction in 2005 said that after studying sunspots and their relationship with climate change on Earth, we are now on an ‘unavoidable advance towards a deep temperature drop.’”

“Last week it was reported that 3,318 places in the USA had recorded their lowest temperatures for this time of year since records began. Similar record cold was experienced by places in every province of Canada. So cold has the Russian winter been that Moscow had its deepest snowfall in 134 years of observations.”

Britain’s Met Office, an international cheerleading headquarters for global warming hysteria, did concede last December that there would be no further warming at least through 2017, which would make 20 years with no global warming.

Yet, just last week, there was Washington Post columnist Eugene Robinson telling us, by way of attempting to tutor Rep. Lamar Smith (R-TX), Chairman of the House Committee on Science, Space and Technology, “For the record, and for the umpteenth time, there is no ‘great amount of uncertainty’ about whether the planet is warming and why.” If you can read, and you have gotten this far in my column, you know why Robinson’s ignorance is just another Washington Post abuse of the First Amendment. Mr. Robinson, let me introduce you to the British Met Office, stalwart of Global Warming “science,” such as it is, which has already publicly confessed that we are already three quarters through 20 years of No Global Warming!

But there is a fundamental problem with the temperature records from this contentious period, when climate science crashed into political science. The land based records, which have been under the control of global warming alarmists at the British Met Office and the Hadley Centre Climate Research Unit, and at NASA’s Goddard Institute for Space Studies and the National Oceanic and Atmospheric Administration (NOAA) in the U.S., show much more warming during this period than the incorruptible satellite atmosphere temperature records. Those satellite records have been further confirmed by atmospheric weather balloons. But the land based records can be subject to tampering and falsification.Hmmmm........"I'm Not A Dictator" - Obama's Energy Secretary says Climate Change not Debatable.Read the full story here.
Posted by Pastorius at 3:51:00 pm

Oh for f***'s sake scientists, make up your freakin mind!