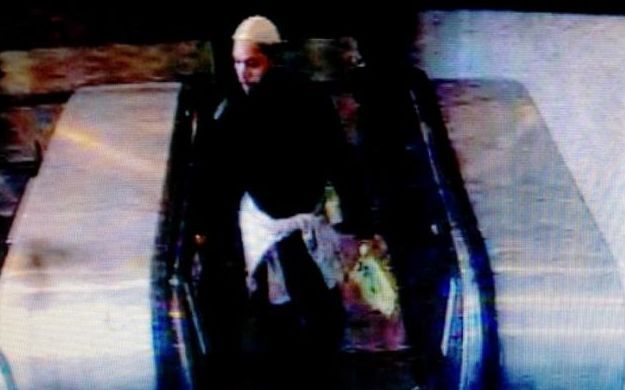 The 22-year-old Frenchman accused of stabbing a soldier in La Defense on Saturday has admitted to the attack, which is believed to have been religiously motivated, a prosecutor has said.

French police arrested a 22-year-old man (pictured) on Wednesday morning over the stabbing of a soldier in the business district of La Defense at the weekend. Sources close to the inquiry said the man, arrested outside Paris, was a ‘Muslim radical’.

Police investigating the stabbing of a French soldier in Paris arrested a suspect on Wednesday morning which sources described as an adherent of "radical Islam".

"The suspected perpetrator of the attack on a soldier Saturday evening in La Defense (business district) was arrested this morning," Interior Minister Manuel Valls said in a statement.

The statement said the suspect was arrested in the Yvelines district on the western outskirts of Paris.

Sources close to the investigation said the 22-year-old man has been a follower of a "traditionalist even radical Islam for the last three or four years".

But the sources urged caution in a case that is still in its early stages, saying the suspect was not known to be a jihadist . Sources close to the investigation said Monday that the suspect was caught praying on video a few minutes prior to the attack and that a plastic bag containing a bottle and a knife was found nearby.

Cordiez meanwhile was released from a military hospital on Monday morning and had rejoined his unit, military officials said.

Police in France are seeking to determine if the attack was a copycat of the brutal murder of the British soldier in London last Wednesday. President François Hollande said on Monday that the attacks could not be linked "at this stage".

The key suspect in the London attack, Michael Adebolajo, was captured on video carrying bloodied knives and a meat cleaver after the attack, saying he had murdered off-duty soldier Lee Rigby because British troops were killing Muslims.Read the full story here.
Posted by Pastorius at 3:58:00 pm

But the sources urged caution in a case that is still in its early stages, saying the suspect was not known to be a jihadist

What is, if I may ask the idiotic source, your definition of a jihadist?