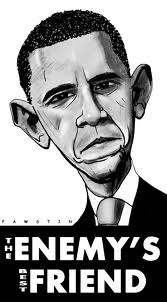 Marines at Camp Leatherneck in Afghanistan will lose a key daily meal starting Saturday, causing some to forgo a hot breakfast and others to work six-plus hours without refueling on cooked food, according to Marines at the base and Marine Corps officials.
The midnight ration service — known there as “midrats” — supplies breakfast to Marines on midnight-to-noon shifts and dinner to Marines who are ending noon-to-midnight work periods. It’s described as one of the few times the Marines at Leatherneck can be together in one place.
The base, which is located in Afghanistan’s southwestern Helmand Province, flanked by Iran and Pakistan, also will remove its 24-hour sandwich bar. It plans to replace the dishes long offered at midnight with pre-packaged MREs, said Marine Corps Lt. Col. Cliff Gilmore, who has been deployed in Afghanistan since February.
The moves, though unpopular with many Marines on the ground and their families back home, are emblematic of the massive drawdown of American troops in Afghanistan and the dismantling of U.S. military facilities. More than 30,000 U.S. service members will leave Afghanistan in coming months as the U.S. prepares to hand responsibility for security to Afghan forces in 2014.
While no Marine at Camp Leatherneck agreed to speak on the record, many are privately angry about the hit on base morale.
“This boils my skin. One of my entire shifts will go 6.5 hours without a meal. If we need to cut back on money I could come up with 100 other places,” one Leatherneck-based Marine wrote in an email this week to his wife and shared with NBC News. (The Marine declined to speak on the record.) “Instead, we will target the biggest contributor to morale. I must be losing my mind. What is our senior leadership thinking? I just got back from flying my ass off and in a few days, I will not have a meal to replenish me after being away for over 9 hours.”

How about sequestering Airforce ONE?
Next destination Africa after this Holiday Michelle is considering 'Extended vacations'.

Come to think of it......He must have read Napoleon's memoirs 'An Army marches on it's stomach'.

Grinding America down as a fighting power.