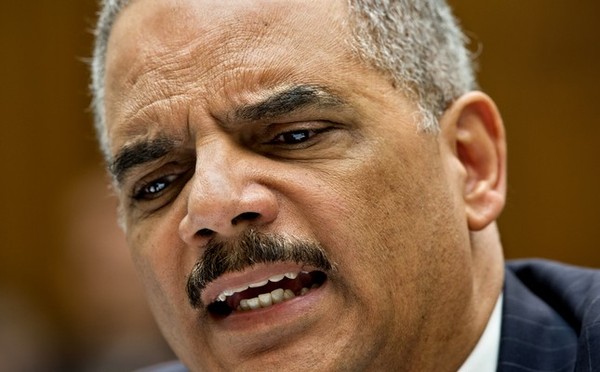 God Damn it, I haven't been able to take a shit in a week

The Obama Administration fought to keep a search warrant for James Rosen’s private e-mail account secret, arguing to a federal judge that the government might need to monitor the account for a lengthy period of time.

The new documents show that two judges separately declared that the Justice Department was required to notify Rosen of the search warrant, even if the notification came after a delay.

Otherwise: “The subscriber therefore will never know, by being provided a copy of the warrant, for example, that the government secured a warrant and searched the contents of her e-mail account,” Judge John M. Facciola wrote in an opinion rejecting the Obama Administration’s argument.

Machen appealed that decision, and in September, 2010, Royce C. Lamberth, the chief judge in the Federal District Court for the District of Columbia, granted Machen’s request to overturn the order of the two judges.

Once again Eric Holder has been caught in a lie, however this time there may be a smoking gun search warrant. Remember when this was supposed to be the most transparent administration in history? That didn't work out very well did it? Read the full story here.
Posted by Pastorius at 6:44:00 pm