WHY DIDN'T THE MOSQUES REPORT HIM TO AUTHORITIES? 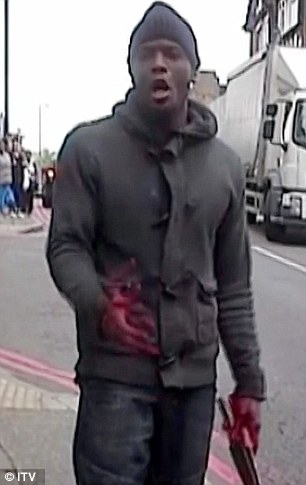 
Newspapers in Britain have carried accounts saying that Mr. Adebolajo had been heard in mosques and community centers in south London calling for jihadist attacks in Britain....(source: New York Times)

Because the Muslims said, "We know he's a terrorist, but he's OUR terrorist! (and we don't disagree with him but that's a different matter...)"

Another question to ask:
Of those arrested for the involvement in the Woolwich beheading, how many belonged to the mosque which didn't report what they were aware of? And why does this mosque remain open? RICO.

Of course, RICO is an American law, but we could be using it here and we don't

IN FACT, I have written to David Yerushalmi about it, and he wrote back that he didn't think it could be used.

I think it is just one of those things that SEEMS like a long shot, you know, like bringing Capone down for tax evasion.

Thing is, these guys are involved in a Organized Crime ring. That's what Islam is.