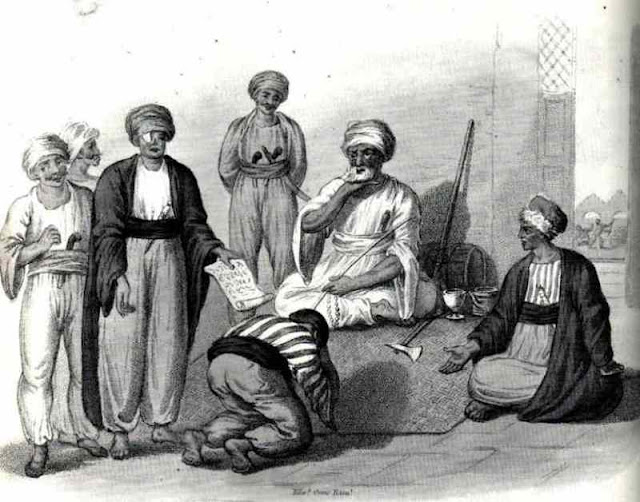 From Robert Spencer at Jihad Watch:

Islamic law mandates second-class dhimmi ("protected," and "zimmi" in this article below) status for non-Muslims in the Islamic state. Islamic apologists in the U.S. routinely claim that the second-class status for dhimmis is a historical relic, never to be revived again. They are, of course, lying.
TNN:

AMRITSAR: For the first time a Sikh has been included in the Sindh Zimmi welfare committee, Pakistan to ensure development of Gurdwara's, the welfare of the Sikh community in Sindh along with equal distribution of funds provided by the ministry of minorities.

Chairman, Pakistan Sikh council, Ramesh Singh told TOI over phone from Karachi on Saturday, that he had been included to represent Sikhs in Sindh in the welfare committee constituted by ministry of minorities. He said that the word 'Zimmi' had been used instead of minorities as it refers to non-Muslims of an Islamic state.
Sindh has a population of around 5500 Sikh; majority of them being financially week face various problems. "We face difficulties in getting government grants, job quota's, and financial assistance during medical treatment or marriages," he said. He said the committee would ensure optimal utilization of government grant in aid to the deserving recipients, and would also recommend proposals regarding the maintenance and construction of religious places besides appropriate distribution of resources.
Not only a Sikh, but the Sindh Zimmi welfare committee has also included a Parsi for the first time; informed Ramesh Singh. "It is for the first time that Sikhs and Parsis have been included and attention is being paid towards our developmental projects."
Besides him, he said the committee, headed by the Sindhs' caretaker minorities' affairs minister, Hassan Ali Shareef, was comprised of representatives of the minority communities including, bishop Sadiq Daniel, archbishop Joseph Coutts, Parsi representative Byram Avari and All Pakistan Hindu Panchayat president, Ravi Dewani.
"Our main task is to supervise the allocation of funds to different communities and ensure that they are judiciously utilized," said he. He said the resources would be allotted as 40 per cent each to Hindus and Christians, 10 per cent to the Sikh and 5 per cent each to the Parsi and Buddhist communities.

Roger Hedgecock just announced that Obama just shut down the only Uranium Enrichment Facility (Particle Accelerator) in the United States today. Iran now has more capability to Enrich Uranium and Weaponize Uranium than the US has. Please find and Report this.

IIRC, years ago, I read a very simplified description of the origins of Sikhs as birthed from Hinduism/Buddhism as a militant movement in direct response against the rapid bloody expansion of Islam into the Indian continent.
If this is anywhere near accurate, this unilateral declaration that all Sikhs are dhimmi is the equivalent of declaring war on Sikhs.

Anonymous,
To me that sounds like an accurate description of the origin of Sikh.

I think we ought to ask Nico.

The fact that they're using the word dhimmi (or zimmi in Urdu) for religious minorities doesn't surprise me one but and doesn't appear to be a big deal at all. Pakistan applies shariah in a lot of aspects and this is part of the quranic law.

Calling Sikhs dhimmis is not really a declaration of war (declaration of war or jihad would take place if the Sikhs were not yet dhimmis) it is just a proper application of the title used for non Muslim, monotheist minorities under Islam.

I think the name of the founder of Sikhism was guru Nanak and he didnt really have anything against Muslims or Hindus. He was himself tired of Hindus and Muslims fighting against each other and is known to have famously declared "there's no Hindu, no Muslim" implying that there wasn't any difference between the two and that the two should live in harmony. Hence the birth of Sikhism, which he thought would bring the two peoples into some sort of peace.

Some years and generations later guru nanak's teachings were put down into a book which included the sayings and writings of first four gurus of Sikhism (my memory is hazy on details here) and many Hindus and Muslims also contributed to this book. The book is known as Guru Granth Sahib.

It was when the book was written down that the Mughal emperor felt uneasy about Sikhism and true to being a Muslim he tried to force the then leader of Sikhism to change the book for it to be more palatable to Muslims and Islam. The Sikh leader refused to change the book and the emperor had him killed.

After that Muslims started attacking Sikhs and Sikhs fought back. They fought back hard enough to be able to create a state of their own. The Muslims weren't able to defeat them despite countless attempts.

The Sikhs were later defeated by the Brits.

Anyway, all of that was to say that Sikhism didnt start out as anti Islam. It started out to create peace Between Hindus and Muslims but Muslims, like always, managed to turn Sikhs into warriors because they realized they had to do something for their survival.

Thank you Nico. I didn't know much about Sikhs.

Actually, now that I think about it, declaring a group of people to be Dhimmi is the opposite of a declaration of war as far as Islam is concerned.

Here's how I understand it.

Muslims are Dar al-Islam (they are the land of Islam, or the Ummah).

Monothetists are given offered a treaty, a way out of the House of War, that is called Dhimmitude. Under the Dhimmi laws, they pay a tax which is for their protection, and if they pay the tax, according to the Koran, it has been proven that they are humiliated and thus are not subject to Jihad, but are instead considered to be second-class citizens.

Exactly. It basically guarantees that they and theirs will be safe from the Muslim government as long as they adhere to what's required of dhimmis and keep on paying that tax.

Thanks for clearing that up, Nico.