HOLDER SCHEDULES PRESS CONFERENCE ON PRESS FREEDOMS, DEMANDS IT BE OFF THE RECORD

Nothing upholds Freedom of the Press like an off the record Press Conference, huh?

'Everything you report can and will be used against you.' -- Eric Holder 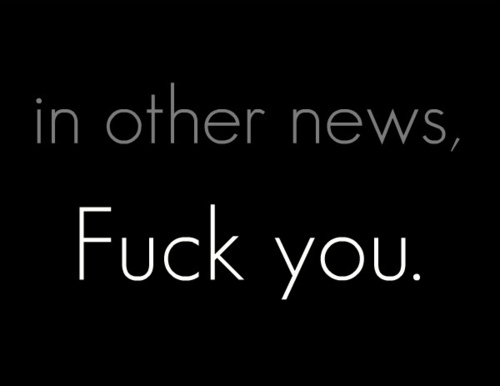 
The news of a meeting between Holder and the bureau chiefs comes amid widespread criticism from journalists and civil liberties advocates over the DOJ’s seizure of Associated Press phone records and an accusation that Fox News reporter James Rosen could be part of a criminal conspiracy for his reporting.The fact that Holder is meeting with the bureau chiefs is on the record, but Nanda Chitre, acting director of the DOJ’s public affairs office, confirmed to The Huffington Post that the meeting itself will be off the record. Media organizations, however, will surely want such a newsworthy meeting with the attorney general to be on the record, and it remains to be seen if they will agree to meet under off-the-record ground rules.

How many off-the-record, on-the-QT, and very-hush-hush meetings have Obama or his lieutenants scheduled with favored members of the media lately? There was the one with the White House press corps on May 10 to talk about the IRS scandal that began as off-the-record but ended up as “deep background” after people started murmuring about it on Twitter. There was the instantly-infamous one on May 21 in which online Obama-water-carrying glitterati were called in for a consultation on Scandalmania. There was another onelast Thursday with foreign-policy reporters after O’s big speech in which he tried to B.S. them about his drone policy having changed when, evidently, it really hadn’t. And now here’s Holder, willing to talk to the press about how sorry-ish he is for rifling through their phone records and e-mails in pursuit of leakers but not willing to do it in a forum where anyone outside the room will know what he said. Free idea for the media: Why not insist on a televised Holder press conference instead? This whole “remorse” shtick is pure theatrical garbage designed to save his job. If he’s determined to perform, make him perform in front of an audience. Let’s see what sort of crocodile tears he can muster when the camera’s on.
Via the Standard, here’s Jay Carney politely ducking the question of whether Holder perjured himself before the House committee.
Update: The irony is too much for the Times. They are refusing to attend.

This administration is the laughing stock of whole United States history.

Sadly it's not a laughing matter but pure totalitarian rule, lawlessness and total disregard for the rule of law.
Once you start putting yourself above the law there's usually no going back anymore it just gets worse.

Are these guys for real? I have a feeling they don't have a clue as to how they look and sound. Since they only surround themselves with people who think like them, they don't have any input from the real world.

I read once of a woman who could not believe Bush had won. All her friends voted for Kerry! I think these guys are so isolated that they will end up imploding. I hope it does not take long though.