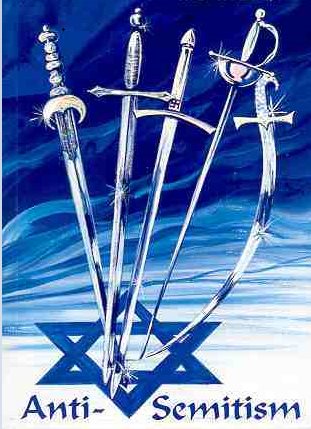 This week, a Global Forum for Combating Anti–Semitism convenes in Jerusalem. The Global Forum must now consider the fact that a new anti-Semitic state is in formation.

Imagine, if you will, if any nascent nation-state, anywhere in the world, was in formation and had taken on the following features:

•Selling land to a Jew would be defined as a capital crime.

•Its new constitution would not allow for juridical status for Judaism and Jews would not even be allowed to live in the country.

•The school system would inculcate children to make war on the Jews.

•Those who murder Jews would become the heroes of the new country.

•The designated head of state earned his Ph.D. on the basis of a published thesis that millions of Jews who were murdered during World War II were actually executed by the Zionists, who were allies of the Nazis.

The reaction to such a “state in formation” would be an outcry from all of the Jewish groups that monitor anti-Semitism.

Yet there has been no outcry from most Jewish groups in the case of the proposed Palestinian Arab state, based on the ideology of the Palestine Liberation Organization, even though the proposed state possesses the characteristics described above.

There are, however, influential non Jews who have expressed concern about the anti-Semitism of the nascent Palestinian Authority. A case in point: Ten years ago, our agency, the Center for Near East Policy Research, covered a briefing for a visiting United States congressional delegation provided by the former Vatican representative to Israel, Archbishop Pietro Sambi. The Papal Nuncio warned US lawmakers that the new Palestinian Authority approved draft state constitution, funded by USAID, provided no juridical status for religions other than Islam in the new Palestinian Arab entity.

The Papal Nuncio also warned that the Palestinian Authority had adopted a version of Shariah law modeled on the Shariah law that rules in Saudi Arabia, which dictated absolute supremacy of Muslims, as a matter of law.

Archbishop Sambi provided the text of that proposed PA constitution, with the hope that Jewish groups would object to such a proposed Palestinian state constitution. In addition, Archbishop Sambi initiated a Vatican study of the new PA textbooks. The Vatican determined the textbooks to be anti-Semitic and as a result, the Italian government withdrew its money from the Palestinian Ministry of Education textbook project.

An expert whose research is impeccable on this subject is journalist Dr. Arnon Groiss, who earned his PhD in Islamic studies at Princeton, and who worked for ten years as a researcher for IMPACT.se, also known as the Center for Monitoring the Impact of Peace, where Dr. Groiss became an expert on Arab school books.

Over the past year, Dr. Gross made presentations for staffers and members of the US Congress and the Canadian Parliament, where he showed how the new textbooks of the Palestinian Authority, instead of educating for peace with Israel, promote the “armed struggle” to liberate Palestine, all of Palestine.

From these textbooks, Dr. Groiss showed that the PA curriculum teaches the following fundamentals:

•Jews are foreigners and have no rights in Palestine.

•The Jews have a dubious, and even murderous, character.

•Israel is an illegitimate usurper that occupied Palestine in 1948 and 1967.

•Israel is the source of all kinds of evil done to the Palestinians.

•Peace with Israel based on reconciliation is not sought.

•Armed struggle for liberation is encouraged instead.

•The exact area to be liberated is never restricted to the areas taken by Israel in 1967.

•Jihad and martyrdom are explicitly encouraged.

The list of accusations against Israel appearing in the new Palestinian Authority schoolbooks includes more than 25 allegations, including:

•Israel strives to obliterate the Palestinian national identity and heritage.

Rep. Smith’s initiative was reminiscent of Archbishop Sambi, who died two years ago while serving as the new Papal Nuncio in Washington. Archbishop Sambi was never afraid to take a stand on the official anti-Semitism which he discerned in the Palestinian Authority,

It remains to be seen whether mainstream Jewish groups will follow the lead of Rep. Smith and the late Archbishop Sambi, to make such demands of the Palestinian Authority.Hmmmm.......It was NEVER about Land.Read the full story here.
Posted by Pastorius at 3:24:00 pm