Today, the soldiers stationed near Bagram prison in Afghanistan lit and sent skyward 4237 fire kites in memory of the 4237 who have been killed since the war began. 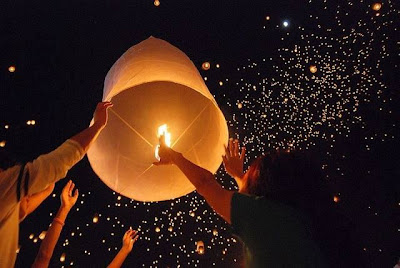 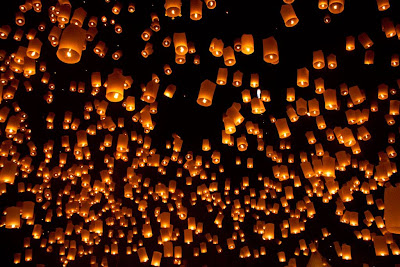 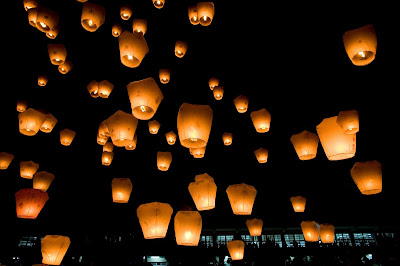 Pictures are courtesy of a friend.

In addition to this:

At Bagram Air Force Base in Afghanistan, Staff Sgt. Michael Johnson exercises under a long, steel framework set on a wooden platform. It looks like a giant jungle gym. Above his head are pull-up bars and rings. A climbing rope is off to one side.
It's here where he and dozens of other soldiers and sailors will remember the fallen, just after sunrise, on Memorial Day. They'll all take part in a grueling exercise regimen, part of CrossFit, the popular high-intensity workout program.
"This one specifically — the Memorial Day Murph — is to honor Lt. Michael Murphy, a Navy SEAL who was killed in action here in Afghanistan," Johnson says.
Murphy was killed somewhere in those craggy, snow-capped peaks that loom over the base to the east. He was leading a patrol back in June 2005. His unit came under intense Taliban fire and found shelter behind some rocks.
Murphy exposed himself to enemy fire so he could find a better position to send a distress signal. He was killed, and in 2007 he became the first American in Afghanistan to beawarded the Medal of Honor.
So Sunday, Johnson will lead a CrossFit workout called "Murph."
"The runner will start off by running 1 mile. A good mile, a good average mile, is gonna be around 6:30 to seven minutes. He'll do 100 pullups, then 200 pushups, then 300 squats," he says.
Johnson, 25, is on his third tour of duty. He's short with a steady gaze and thick arms. A tattoo of a shark biting an octopus curls around one bicep.
This workout might be hard for anyone in really good shape. These soldiers will make it harder. Johnson and the others will wear their body armor, including ammunition magazines and a small backpack. He says altogether they weigh about 20 pounds.
"And you'll be able to tell if people got something out of it by the amount of sweat, tears and puke that's laying on this floor when they're done," he says.
Not your typical way to celebrate Memorial Day.
"When we're out here where they gave their lives defending freedom, I think the best way we can show our support is to just, you know, go full-suck on this," he says.
Before the exercise regimen called Murph begins, Johnson and the others will pause for a moment.
"Typically, before we might gather up. We'll probably say something in remembrance of Lt. Michael Murphy," he says.
The workout will take about 40 minutes. And no one checks to make sure everyone completes each pullup, pushup and squat. Johnsons says they make a pledge of sorts.
"You go, 'Hey, remember what we're doing this ... for, remember who we're doing it for. So don't cheat yourself, and don't cheat them,' " Johnson says.
It's a pledge by those who continue to serve here, and who still head into those hills to fight.