US NAVAL ACADEMY INSTRUCTOR TEACHING ON BEHALF OF US MUSLIM BROTHERHOOD 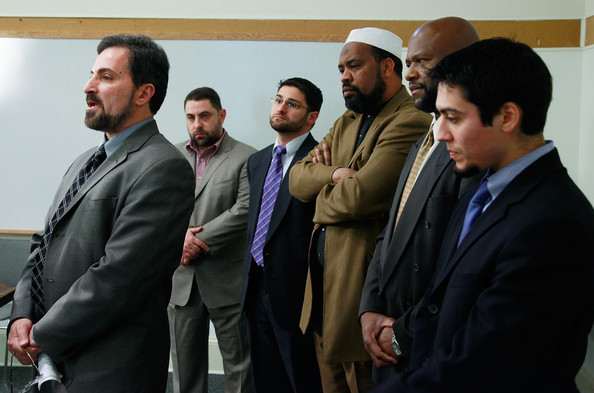 This is devastating. Stealth coup. The IIIT is an Islamic institution with ties to the extremist Saudi-Wahhabi movement. It wasco-founded by Anwar Ibrahim, who strives to present himself to the West as a moderate, but who in fact is an Islamic supremacist who promotes global Islamic rule based on Sharia law.
IIIT was named in a May 1991 Muslim Brotherhood document -- titled "An Explanatory Memorandum on the General Strategic Goal for the Group in North America" -- as one of the Brotherhood’s 29 likeminded "organizations of our friends" that shared the common goal of destroying America and turning it into a Muslim nation. These "friends" wereidentified by the Brotherhood as groups that could help teach Muslims "that their work in America is a kind of grand Jihad in eliminating and destroying the Western civilization from within and 'sabotaging' its miserable house by their hands ... so that ... God's religion [Islam] is made victorious over all other religions." (source: DTN)

US Naval Academy Instructor Teaching On Behalf Of US Muslim Brotherhood

According to promotional material, a United States Naval Academy professor is teaching on behalf of the International Institute of Islamic Thought (IIIT), a part of the US Muslim Brotherhood and where global Brotherhood leader Youssef Qaradawi reportedly serves as a trustee. IIIT recently announced its Summer Students Program for 2013 to be held from May 26 – July 3. According to the IIIT announcement, one of the instructors for the program will be Professor Ermin Sinanovic, an Assistant Professor in the Department of Political Science at the United States Naval Academy in Annapolis, Maryland who will be teaching the following course titled “Muslim World Affairs”:
This course is meant to provide students who had little or no background on the Muslim world with a basic understanding of its contemporary history, its geopolitics, its diverse cultures, languages and ethnic groups. Also, the course introduces the key issues and developments that framed the relationship between the world of Islam and the West, such as the colonial encounter, the capitalist expansion of the West, the emergence of the nation-state and its institutions, the discovery of oil in the Middle East and its implications, the communication revolution and contemporary globalization and their impact on cultures, values and life styles; and finally the US foreign policy towards the Muslim world and its implications. This course will be covered in twelve hours. Instructor: Professor Ermin Sinanovic, US Naval Academy, Maryland.

One of the other instructors at the IIIT summer program will be US Muslim Brotherhood leader Louay Safi, identified in the announcement as affiliated with the College of Islamic Studies of the Qatar Foundation. In 2009 Louay Safi, also an official at the Islamic Society of North America (ISNA), was at the center of a controversy when it was learned that the US Defense Department brought him to Fort Hood as an instructor and that he had been lecturing on Islam to troops in Fort Hood who were about to deploy to Afghanistan.


Dr. Safi has also been recently identified as a leading member of the Syrian National Council, a Syrian opposition group dominated by the Muslim Brotherhood.

With the Muslim Brotherhood openly taking over training in this Naval academy, this administration openly supporting and funding al Qaeda in Syria, Tunisia, Libya and Egypt, not to mention insisting our active military in Afghanistan show deference to sharia...what makes anyone think the United States military fights for the United States anymore? How long before the Muslim Brotherhood declares victory in this coup on CNBC, CNN,ABC, CBS, etc?

You didn't just "try", you succeeded. We have posted a lot of your stuff over the years, haven't we?

Certainly I've always considered you to be out ahead of stuff, especially when it comes to the persecution of Christians, and the abuse of Military.