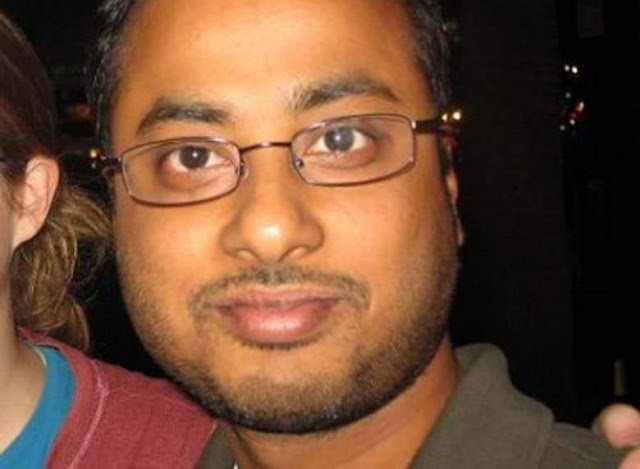 Yesterday, the news was happy to report that the gunman running amok on the UCLA campus was a "six-foot tall white man."

But he changed his race since yesterday.

I'm not saying this has anything to do with race. I don't believe it does.

My guess is it also has nothing to do with religion.

My guess is this guy was just a really angry, slightly crazy guy.


The shooter who killed a UCLA professor Wednesday before turning the gun on himself had a "kill list" that included the name of a woman found dead today in Minnesota, Los Angeles Police Department Chief Charlie Beck told a local news station today.

Sarkar, 38, had a list of names on him when he was found, including Klug's and those of at least one other professor and a woman, Beck told KTLA-TV in Los Angeles today. The second professor has not been identified, but he is fine, Beck said.

The woman, however, has since been found dead in Minnesota. Her name has not been released. Brooklyn Park police in Minnesota said today that they were notified by the LAPD and asked to go check on someone in relation to the UCLA shooting.

"Upon arrival, officers located one adult female deceased from an apparent gunshot wound. Early indications are the shooting occurred prior to the UCLA event," the Brooklyn Park police said in a statement.

Beck said investigators have since found two notes apparently written by the suspect. One was with him at the scene in Los Angeles, directing someone to check on his cat in Minnesota.

Police said they found a second letter in Minnesota, but no details about that one have been released.

In Klug's slaying, investigators are focusing on Sarkar's grades and what was described as a longer-standing poor relationship between the two men. The LAPD said it believes Klug was Sarkar's teacher.

UCLA confirmed that Sarkar earned his Ph.D. in mechanical engineering from the school and attended UCLA as a graduate student from the fall of 2007 until the summer of 2013, when he received his degree.

Klug joined the UCLA faculty in 2003 and headed an eponymous research group that studied theoretical and computational biomechanics. The school said he is survived by a wife and their two children.