This Explains A LOT!!! Obama Had a Transgendered Maid When He Was a Child In Indonesia 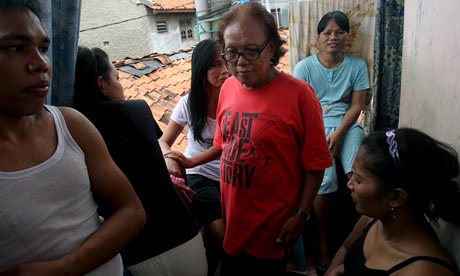 I don't remember ever hearing about this before.


Barack Obama's former nanny, a transgender woman named Evie, has been overwhelmed after being catapulted from anonymous slum-dweller to local celebrity in Indonesia.

TV crews have been trooping in and out of her tiny concrete home in Jakarta. Estranged relatives have said they want to meet up. She has even had a promising job offer.

Evie, 66, who was born male but considers herself a woman, came to prominence after a recent article by the Associated Press about the struggles of transgender people in this predominantly Muslim nation.

Her life has been hard and in 1985, after enduring years of abuse and ridicule, she decided would be better off just trying to fit in. She stopped dressing as a woman and has since eked out a living handwashing clothes.

Evie started caring for eight-year-old "Barry" Obama in 1969 when he lived in Indonesia's capital with his mother, Ann Dunham, who had arrived in the country two years earlier after marrying her second husband, Indonesian Lolo Soetoro.

Evie played with Obama and collected him from school.

She worked in the home dressed as a man and says she never let young Barry see her in women's clothes, though neighbours remember seeing her leave work in female garb.

She also said she would love to hear from her former charge – but there has been no contact yet from the White House.