The selective politically correct perception of who makes victim fodder

The North British Person has got an excellent didactic play on political correctness for us:

IT WAS simultaneously a nightmare for any parent and a demonstration of the extraordinary power of reality TV in modern Britain.

A middle-class Edinburgh couple yesterday found themselves forced into the unfamiliar world of public-relations spin control as a row over their daughter's racist remarks on television came to the doorstep of their Georgian home.

David Buchanan, father of 18-year-old Lucy Buchanan, enlisted Edinburgh PR firm Profile Plus to issue a statement which amounted to a "wholehearted" apology for their daughter's conduct.

Lucy, a former pupil of the £19,662-a-year St Peter's School in York, won a place on a Channel 4 reality show in a gap year before going to Bristol University.
[...]
Lucy - who lists her hobbies as lacrosse and shooting - gave her fellow contestants camped on the South Pacific islands of Motoraku and Rapota a crash course on her views on society.

She said Britain was home to "way too many cultures", adding: "Britain is a complete mess. I just don't appreciate people coming into our country and taking over our culture." In another aside, the teenager declared: "I'm for the British Empire and things. I'm for slavery, but that's never going to come back."

The Buchanans were forced into defending their daughter as journalists descended on the family home. Mr Buchanan is understood to be an IT executive while his wife, Nicola, is a former model.

In his statement, Mr Buchanan said: "Lucy has been brought up in a loving and caring home, she has been privately schooled, as is already known.

"By definition, she has had advantages in life, which mean that she has been cosseted in a way that for most children is simply not available to them. It is our firm belief that Lucy, as a naïve teenager, made these silly and very unfortunate remarks on the back of her excitement at being on Shipwrecked."

The statement claimed Lucy had been "challenged" by teammates on the show, a process which had altered her views over five months of filming.
[...]
Mr Buchanan added: "We hope that on Lucy's return she will be afforded the opportunity to use this life experience in a positive way to demonstrate that she can act as an ambassador for change and moderation."

Lucy's trenchant views have extended to more than race. She has also described fat people as "disgusting", calling for them to get their stomachs stitched, and branded lesbians "sinister".
[...]
The Commission for Racial Equality said it was monitoring Shipwrecked.

Group spokeswoman Beth Herzfeld said: "These sorts of comments and the cavalier attitude to slavery clearly show a lack of recognition that slavery does continue to exist, as well as an understanding of what the transatlantic slave trade involved."
[...] 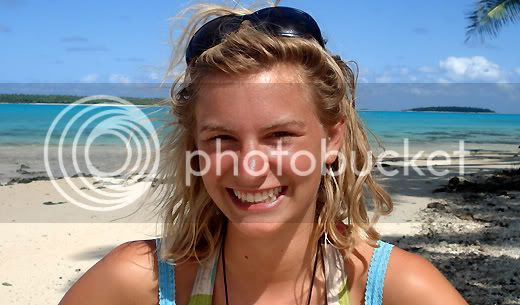 We are living in a culture of envy. If Lucy'd attended the local comprehensive, nobody would have given a damn. The fact that the article revels oh-so-subtly in the details of her privileges ("Lucy - who lists her hobbies as lacrosse and shooting...") makes it a perfectly vile bit of journalism.