A BROAD COALITION: Al-Qaeda’s Islamic State of Iraq And The Levant Says It Will Join Forces With US-Backed Free Syrian Army Units To Avenge Chemical Weapons Attack By Regime 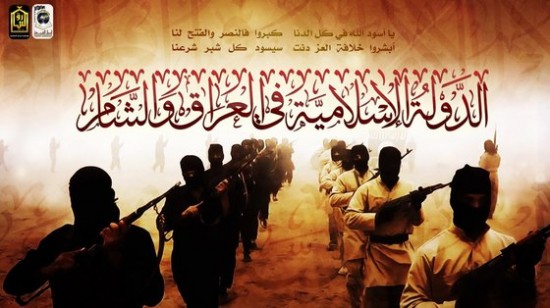 A Coalition of the Willing

The Islamic State of Iraq and the Levant, one of two al Qaeda affiliates operating in Syria, announced that it would coordinate with other Syrian rebel groups, including the Free Syrian Army, to take revenge for a chemical weapons attack last week in the capital that is said to have killed more than 300 people.

The ISIL released a statement yesterday that was signed by seven other “jihadi factions” operating in Eastern Ghouta, a district in the Syrian capital where the chemical attack is said to have taken place. The statement, which was released yesterday on an official Twitter account associated with the ISIL, was obtained and translated by the SITE Intelligence Group.

The decision to conduct joint operations against the Syrian government and military was made “after the meeting that was called for by the Islamic State in Iraq and the Levant for all the jihadi factions in Eastern Ghouta,” the ISIL said, according to SITE.

The operation is to be called the “Volcano of Revenge,” and the targets are “the main joints of the regime in imprisoned Damascus, including security branches, support and supply points, training centers, and infrastructure (electricity, internet).”

Both sides in this conflict in Syria are bad. America needs to stay out of it.

via vladtepesblog list of links for the day:
I cannot vouch for the source link as I have no prior experience with www.cyberwarzone . . .Putin will attack Saudi Arabia if the West attacks Syria