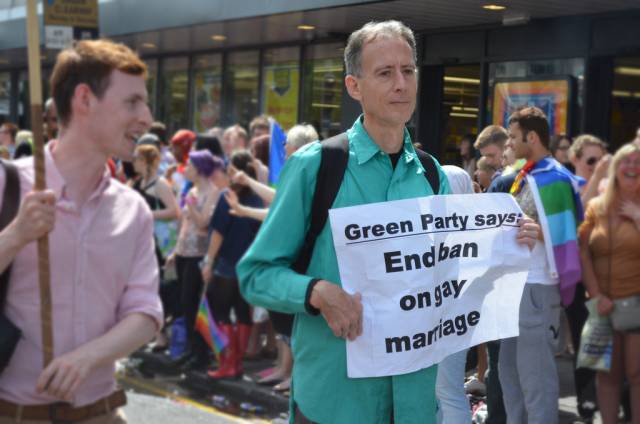 Great article. You gotta read it. Here's a little except, then click over.


August 23, 2013 (LifeSiteNews.com) – I have been asked recently “what is homosexualism?” I started using the term in my writing on these issues a few years ago when it became clear that we were dealing not with a group of people, but with a particular ideology that is often held by people who are not themselves homosexuals.

A few days ago in The Guardian, Peter Tatchell wrote a pretty good description not only of that ideology’s goals but its origins. This political ideology, often called “queer theory” by its proponents in academia, is what is being pushed, quite openly these days, by the “gay rights” movement.

Peter Tatchell is a prominent British homosexualist, which means he is a proponent of a specific political and social ideology that he wants to see adopted in British society and elsewhere. He is also a homosexual man, that is, he experiences sexual attraction for other men, a condition whose origin is still debated by doctors, psychiatrists and geneticists. The two things are not the same. This is a fact that tends to escape a lot of people who read and write about the Culture Wars, especially in its current manifestation that seems to have suddenly become all about homosexuality. Not all homosexuals are homosexualists, and not all homosexualists are homosexuals.

Tatchell’s Guardian piece was a paean to a document put together in 1971 by what he describes as a collective of “anarchists, hippies, leftwingers, feminists, liberals and counter- culturalists” to bring about “a revolution in consciousness”. He called the “Gay Liberation Front: Manifesto” “a pioneering agenda for social and personal transformation” that started with the proposal that “subverting the supremacy of heterosexual masculinity was the key to genuine liberation.” Tatchell said it was the book that changed his life.

The Manifesto itself is quite blunt about identifying the main enemies to defeat: “The oppression of gay people starts in the most basic unit of society, the family.”

“Consisting of the man in charge, a slave as his wife, and their children on whom they force themselves as the ideal models. The very form of the family works against homosexuality.”

CLICK OVER TO READ THE WHOLE THING.
Posted by Pastorius at 5:54:00 pm

If I was homosexual I believe I would rejoice at living at a time, in a nation where I could be "out" without having daily concern for my life.

On the other hand perhaps the Princes will endow a chair in Homosexualist Studies at King Saud University next semester.

Now THAT'S a good idea. That is actually a subversive idea.

They won't do it, though. Cuz they're fags (in the old sense of the word, meaning not manly enough).

Two clients of mine, have been roommates for a couple of decades, came to call last week and informed me that they had got married. They had to go to NY to do it since it's not available here.

The emotional release they conveyed and the conviction of commitment...how could I not celebrate with them and for them.

Yeah, I get it. I am so ambivalent about this topic. But, whether I have strong feelings one way or another on the subject, that would not dispute the veracity or reasonableness of the points made in this article.

Zoologists and anthropologist agree that homosexuality is present in all species, from man to fish. They also agree, although this has been kept out of the news this never happens to Alpha males, only the losers in the mating game.