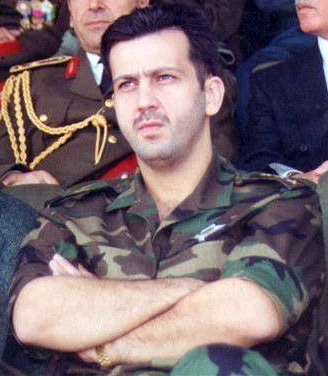 
The chemical weapons allegedly used to kill an estimated 1,000 or more Syrian civilians by the regime of President Bashar Assad last Wednesday were fired by the 155th Brigade of the 4th Armored Division of the Syrian Army, an Israel TV report said.

This division is under the command of the president’s brother, Maher Assad.

The nerve gas shells were fired from a military base in a mountain range to the west of Damascus, the Channel 2 news report said. It said the base was in the Mount Kalmun area.

The embattled regime has concentrated its vast stocks of chemical weaponry in just two or three locations, the report said, under the control of Syrian Air Force Intelligence, itself reporting to the president.

The TV report further added that “the assessment in Israel” is that the attack was intended to serve as the possible start of a wider operation.

It said Israel was increasingly concerned about the use of chemical weapons in Syria, and their possibility of these weapons falling into still more dangerous hands than those of Assad. Israel was “privately” making clear its concerns to the United States, the report said.

In his first response Thursday to the alleged attack, Israel’s Prime Minister Benjamin Netanyahu warned that Iran was closely watching how the world would deal with the attack.

“Syria has become Iran’s testing ground, and Iran is closely watching whether and how the world responds to the atrocities committed there by its client state Syria and its proxy Hezbollah against innocent civilians in Syria,” he said.

On Wednesday, rebel groups in Syria claimed that as many as 1,300 people were killed in a chemical attack in the eastern suburbs of the capital Damascus. The reports were accompanied by a string of grisly photos and videos depicting scores of dead civilians, including children.

The reports “raise the possibility that an extremely grievous crime has been committed by the Syrian regime against its citizens,” Netanyahu said.

“This act adds to the roster of crimes committed by the Syrian regime, with the aid of Iran and Hezbollah, against the Syrian people,” he said.

Netanyahu added that it was “absurd that UN investigators, who are in Damascus right now to investigate the possibility that chemical weapons have been used, are being prevented by the Syrian regime from reaching the affected areas.”
Posted by Pastorius at 5:00:00 pm

Appeasing any spectrum of Islam and it's followers opens the world to a whole lot of hurt and destruction. Islam must come to an end or it will bring an end to everything else.

Hmm, if I were to make an assumption based on the news reports, both sides are using chemical weapons.

Maybe they will wipe each other out.

Israel is playing a very dangerous and suicidal game here by going against Assad. Netanyahu is an idiot and has his head stuck pretty far up his a$$.

You think Israel has reason to be afraid of Assad? I don't understand.

I think what he means is that in case of a full scale Iranian , Syrian , Hezbollah attack on Israel.... the Iron Dome will only manage to take out a percentage of the launched missiles.
Even Carl in Jerusalem has in the past pointed this out, the casualties in Israel will be very high.

And there's another scenario as well:

Israel stands to lose a lot more with Al Qaeda in power in Syria rather than Assad.

Playing with fire never benefits anyone, but least of all Israel.

Fall of Mubarak was bad. Fall of Assad will be worse.