Assad: If You Strike At A King, You Must Kill Him 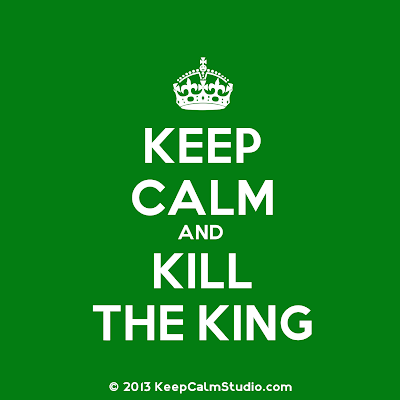 
I used to think the quote “If you strike at a king, you must kill him” came from Machiavelli — it certainly sounds like the great Italian — but apparently it comes from the not quite as great American Ralph Waldo Emerson.

But no matter the provenance, the import is obvious: Go for the throat or leave your enemy to exact revenge at your peril — and on his own time. Back in WWII, the United States took Emerson’s advice, going so far as to nuke Hiroshima and Nagasaki and lay waste to Dresden. But, hey, we won. And Japan and Germany turned into responsible modern democracies.

Lately, not so much.

Since Vietnam, and maybe Korea, we are in the era of the “limited response” and the “surgical strike,” loathe to offend our enemies or, worse yet, have someone speak unkindly of us at a UNESCO meeting.

That was why I was especially pleased to read Bret Stephens’ column in Tuesday’s Wall Street Journal — “Target Assad.”

Stephens does not mince words:

Should President Obama decide to order a military strike against Syria, his main order of business must be to kill Bashar Assad. Also, Bashar’s brother and principal henchman, Maher. Also, everyone else in the Assad family with a claim on political power. Also, all of the political symbols of the Assad family’s power, including all of their official or unofficial residences.

The use of chemical weapons against one’s own citizens plumbs depths of barbarity matched in recent history only by Saddam Hussein. A civilized world cannot tolerate it. It must demonstrate that the penalty for it will be acutely personal and inescapably fatal. Right on.

Unfortunately, however, leaks of Obama’s intentions indicate nothing like this direct, morally truthful, and more likely to be effective approach is planned. Instead, we hear only of calibrated pinpricks accompanied by a public pledge that the U.S. is not (Heaven forfend) interested in “regime change,” let alone in the assassination of men who are clearly the mass murderers of their own people (and who knows who else if they had a chance).

Stephens isn’t getting much support for his admittedly “bloody-minded” approach from the right either. Many complain that we will only be playing into the hands of al-Qaeda and the Muslim Brotherhood, Assad’s adversaries and certainly not friends of ours.

So explain again how successfully targeting/assassinating Asad prevents "Go for the throat or leave your enemy to exact revenge at your peril" in a situation birthed and thoroughly saturated in Islam . unless he believes such revenge will be limited in kind, where only the cic will be the target of retaliation...I don't see it. Islam delende est.

US officer as well as dozen jihadis arrested by Egyptian authorities in Sinai. Quote :
"A 55-year old American called James Henry was previously arrested, and turned out to be a retired officer. He was in possession of documents in English, and stated that he was on his way to the Gaza Strip via the Rafah border crossing, explaining that he is a historical documentation enthusiast."

I agree. It is not going to significantly change the situation in Syria. Good point. You kill Assad, and either someone backing Assad will take over, or Al Qaeda will take over.

Neither one is a good option.

But, I do think killing Assad is a statement that needs to be made in opposition to the use of WMD.

This was actually the point of Stephens article quoted here in the Roger Simon article.

The fact that we don't have the guts for such action is pathetic.

Roger Simon's point that the U.S. used to have the guts to not only kill the king (like Hitler) but also to completely ransack his country, Germany and Japan) is true, important, and THE ONLY WAY TO WIN A WAR AND CHANGE THE NATION IN THE OUTCOME.

If we thoroughly ransacked the countryside when we defeated Iraq and Afghanistan things would be different.

We've never used our own template for victory.

There is no evidence that Assad used WMDs.

Watching the news about this issue, I am constantly reminded of Mohammed Al Dura. The kid who was killed by Muslims on camera only so they could blame it on Israel.

Years later, it was proven that the cameraman and the tv station (France 2, I believe) lied about the whole incident even though they were aware of all the circumstances.

Even today, however, Mohammed Al Dura's death is blamed on Israel. And the only reason is that the terrorists were the first ones and the loudest ones to initiate the blame. Facts go to hell.

This is the world we live in, well meaning people as well as evil bastards stick with the story that they first hear and that sounds plausible.

And that is what, I believe, Al Qaeda is taking advantage of here. No one but Al Qaeda benefits from gassing some innocent people and then releasing photos and video of the incident. Al Qaeda uses WMDs and blames it on Assad as loud as they can.

The West jumps on the bandwagon because "hey, its immoral to let Assad get away with this horrendous attack..." Really?

I'm all for justice but bombing Assad right now because Obama wants to is only going to solidify this claim that he gassed his people, all of this without any proof that he in fact did. Not saying that he isn't capable of doing it but it seems highly unlikely that he would, given the circumstances.

And lastly even if he did use WMDs against his people, for Christ's sake folks let him kill Al Qaeda so the West doesn't later have to deal with them. Don't people realize Syria has Al Qaeda tangled up pretty bad and as long as they are tangled up there, the West is relatively safer from their attacks?

And let me put it another way, are Christian and Jewish children, in the eyes of Western leaders, far less important and valuable than the Muslim ones in the Middle East? Sadly, I think the answer may be YES.

I have no idea whether Assad did it or not.

I have no opinion on whether to attack Assad's government or not.

I do think that, if we do attack the Syrian government, we should do what we can to kill Assad, and I think we should attack Al Qaeda as well.

I don't much care who did it. I don't like either side.

We can not allow it to happen, however. It is a bad precedent.

I'm not going to get worked up about it.

I do think that, if we do attack the Syrian government, we should do what we can to kill Assad, and I think we should attack Al Qaeda as well.

This is exactly why I have an opinion on this. As much respect as I have for the US military, the current US leadership is completely ball-less, no way they are going to attack Al Qaeda. Hence, any attack against Syria by the West WILL BENEFIT Al Qaeda. That is NOT something I want.

So on that note, WMDs or no WMDs, I hope, with all due respect to the real heroes (the US troops minus the current leadership), the US stays the f*** out of this one. Don't need another f*** up on Israeli borders.

Appears Obama will have to do it without the UK, they voted no.

Yesterday I heard Sean Hannity interviewing Dennis Kucinich and I thought they were going to marry each other right there on air.

You're right though. I think this situation is a whole lot more confused than Iraq ever was.

Going to be interesting to see if Obama follows through and really does do this alone. He said he would.

Something tells me that our allies are more worried about the potential fallout of this bombing than Obama is.

Maybe he will come to his senses.