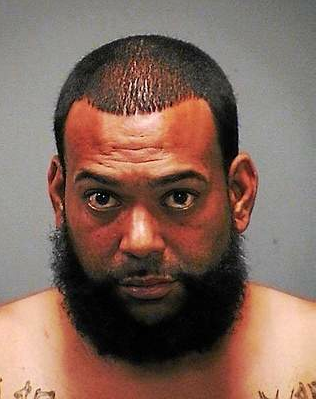 From the New Haven Register:

NEW HAVEN- Police arrested a 35-year-old New Haven man on gun charges among others after an allegedly unprovoked attack on a 71-year-old man.
Jorge DelaPaz was arrested on charges of assault in the third degree of an elderly person, carrying a dangerous weapon, carrying a pistol without a permit, criminal posession of a pistol and interfering with police.

Police say on Sunday, Aug. 25, the elder New Haven man was eating a hamburger in the Goffe Street Park following a Toni Harp mayoral campaign-sponsored event that afternoon when he was approached by the 35-year-old. Police say DelaPaz told the elder white male that he shouldn’t be “in his park where young black kids are playing”.

When the man refused an order from DelaPaz to pick up a football, DelaPaz punched the man multiple times in the face, knocking him to the ground. Police say several witnesses supported the victim’s account of the unprovoked attack.

Upon police arriving at the scene at around 3:40 p.m., DelaPaz fled the scene on foot. When he was apprehended, police say he resisted and injured the leg of a responding officer. After being detained, police found a Sig Sauger P239 handgun, a set of brass knuckles and a voter registration card in DelaPaz’s bookbag. DelaPaz gave multiple false names before his identity was determined. Police say DelaPaz is a convicted felon.

That's a nice gun wasted on an ape.

If there was someplace to go to which was like the 13 colonies, WE'D BE LOOKING FOR LAND.