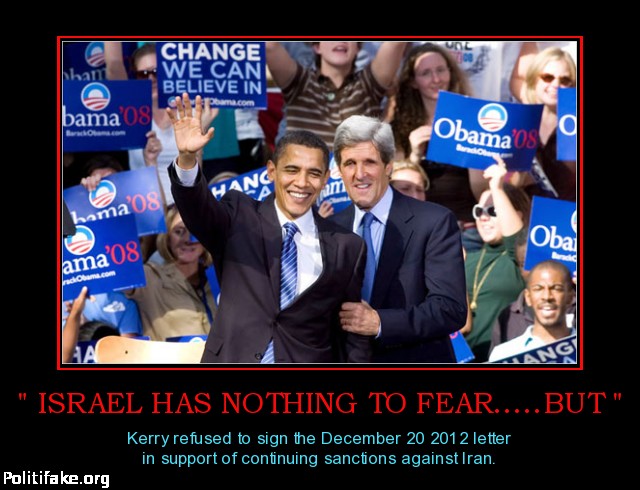 The Islamic Society of North America (ISNA) has announced that it had a briefing earlier this month led by US Secretary of State John Kerry and other White House officials and concerning the latest Mideast peace negotiations. According to theannouncement, ISNA was joined by other unidentified American Muslim and Arab American ” leaders”:

The group expressed their optimism in this process and hope that with further commitment from the Obama administration as the lead broker, as well as willingness from Palestinian and Israeli authorities, these talks will bear fruit.

Dr. Elsanousi expressed appreciation to Secretary Kerry's for his hard work on this issue and encouraged the officials to seek a mechanism to involve faith-based groups and other under-represented constituencies in this process to ensure grassroots support.

ISNA is a member of the National Inter-Religious Initiative for Peace in the Middle East and continues to work with its interfaith partners to support peace in the Middle East. Just last month ISNA President Imam Mohamed Magid and ISNA National Director for Interfaith and Community Alliances, Dr. Sayyid M. Syeed, sent a letter along with 28 religious leaders to Secretary Kerry voicing “strong support for his determined initiative for Israeli-Palestinian peace.”

ISNA leaders also called on key members of Congress “to support Secretary Kerry’s continuing urgent efforts for peace.” Religious leaders have stood with ISNA in their support for resuming peace talks,noting that “while these talks have yet to yield a blueprint for peace, they have identified ideas for addressing key issues that must be resolved in a manner acceptable to both sides.”

The Islamic Society of North America (ISNA) describes itself as “an independent, open and transparent membership organization that strives to be an exemplary and unifying Islamic organization in North America by contributing to the betterment of the Muslim community and society at large. ISNA emerged out of the early U.S. Muslim Brotherhood infrastructure and documents discovered in the course of the the terrorism trial of the Holy Land Foundation confirmed that the organization was part of the U.S. Muslim Brotherhood. ISNA was named as a Holy Land unindicted co-conspirator as a result of what the US Justice Department called the organization’s “ intimate relationship with the Muslim Brotherhood, the Palestine Committee, and the defendants in this case.” In 2009, a US federal judge ruled ”The Government has produced ample evidence to establish the associations of CAIR, ISNA and NAIT with HLF, the Islamic Association for Palestine (“IAP”), and with Hamas. ISNA has had a long history of fundamentalism, anti-semitism, and support for terrorism. ISNA of late.
Clearly considered to be “rehabilitated” by the Obama administration, ISNA has more recently issued robust condemnations of terrorism beginning with this 2008 ISNA statement that although denying culpability in the Holy Land terrorism financing case, for the first time condemned terrorism while identifying Hamas and Hezbollah by name. ISNA has also been engaged in an active program of interfaith cooperation that has included partnerships with Jewish organizations and visits to concentration camp sites in Europe. Yet despite these new efforts, ISNA continues maintain strong ties to both the US and Global Muslim Brotherhood and has failed to date to acknowledge any aspect of its actual origins or its history of fundamentalism, anti-semitism, and support for terrorism. For these reasons, the Global Muslim Brotherhood Daily Watch concludes that ISNA remains, as it always has been, an integral part of the US Muslim Brotherhood.Hmmmm......."Israel's Staunchest Ally"....indeed.
Posted by Pastorius at 2:42:00 pm

These "peace talks" that Obama and Kerry keep pushing are a hoax. For theleaders of the Muslim/Arabs of tha t area in the Middle East[the "Palestinians"] will only be disingenous and will dissimulate in any "negotiations" with the leaders of the State of Israel. For they will take any land that they might obtain from Israel and then let the jihadists use that land as a base to launch murderous rocket attacks into Israel. As, for example, the case of Gaza. The reason for this is that inspite of all the facts the Muslims strongly feel that it's all their land. This so called "dialogue of land for peace " is both foolishness and folly. To put this in another way, the "Palestinian" leaders may not have ever read THE ART OF WAR by Sun Tzu but in some way their schemes with these "peace talks" are very similar the Sun Tzu. For THE ARE OF WAR teaches "At first, then exhibit the coyness of a maiden, until the enemy gives you an opening; afterwards emulate the rapidity of a running hare, and it will be too late for the enemy to oppose you."

Kerry is going to run for President again in 2016. Mark my words.

Should be a helluva cat fight, him and Hillary.